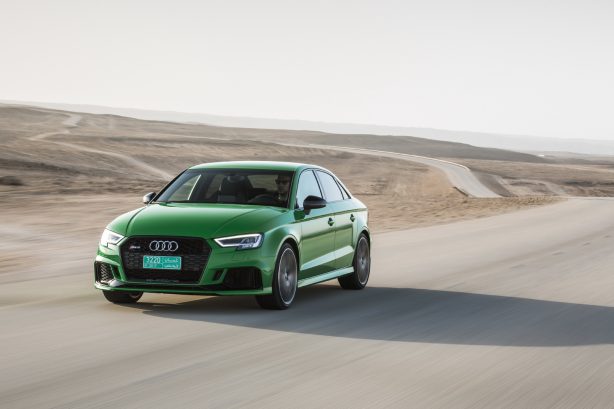 Audi has dropped a fresh set of photos for its sizzling hot new RS3 Sedan, including one dressed in a new colour called Viper Green.

Featuring a revised version of the brand’s 2.5-litre five-cylinder turbocharged engine, the RS3 Sedan and Sportback now makes 294kW and 480Nm of torque, making the model the most powerful car in its class. 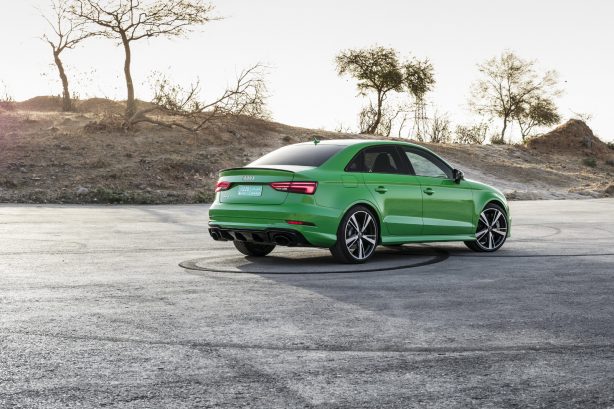 Despite churning out more power, Audi engineers have also managed to shave 26kg off the weight of the engine, further improving the car’s power-to-weight ratio. This comes courtesy of new crankcase now made from aluminium instead of compacted graphite iron, along with hollow bored crankshaft. The cylinder barrels are now plasma-coated while the aluminium pistons now get integrated channels for oil cooling.

All these, along with the Quattro all-wheel drive system is enough to hurl the RS3 from zero to 100km/h in a mere 4.1 seconds when matched with the standard seven-speed dual-clutch S-Tronic transmission. Top speed is electronically limited to 250km/h but Audi will derestrict the car to 280km/h if you tick the correct option box. 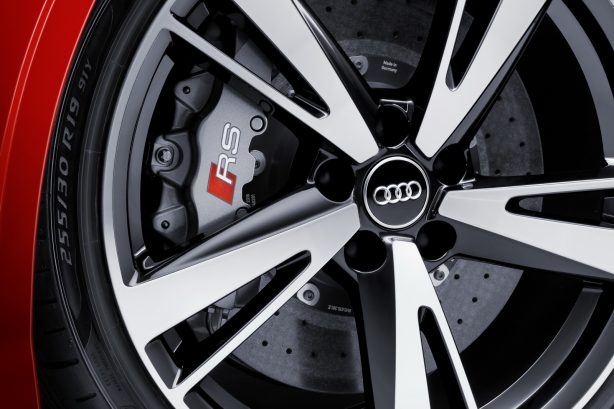 Audi has also updated the car’s suspension but will offer the RS Sport Suspension Plus adaptive dampers as an option. On the option list as well is a set of carbon ceramic front disc brakes that replaces the standard 370mm steel discs.