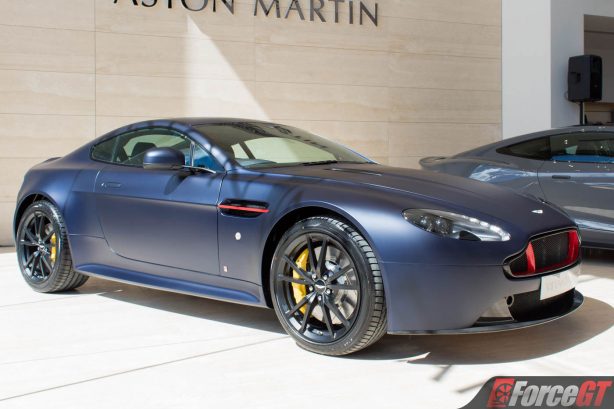 Ahead of the Australian F1 Grand Prix Aston Martin revealed the latest pursuit from their innovation partnership with Red bull Racing in the form of the Vantage S Red Bull Racing edition. The event was hosted by Aston Martin President and CEO, Dr. Andy Palmer where guests were introduced to the car driven there by none other than current Red Bull F1 drivers Daniel Ricciardo and Max Verstappen. Also in attendance from Red Bull Racing to the delight of guests was Team Principal Christian Horner and Chief Technical Officer Adrian Newey who’s heavily involved in the development of the upcoming Aston Martin Valkyrie hypercar.

Styling for the Vantage Red Bull Racing Editions has been developed by Aston Martin’s in house personalisation service Q by Aston Martin. Just 17 examples will be brought into Australia and are sure to appeal to the collector market both locally and globally. Red Bull Racing’s current F1 driver lineup consisting of both Daniel Ricciardo and Max Verstappen have both applied their own personal touch in the form of their signatures marking both the sill and engine bay inspection plates. 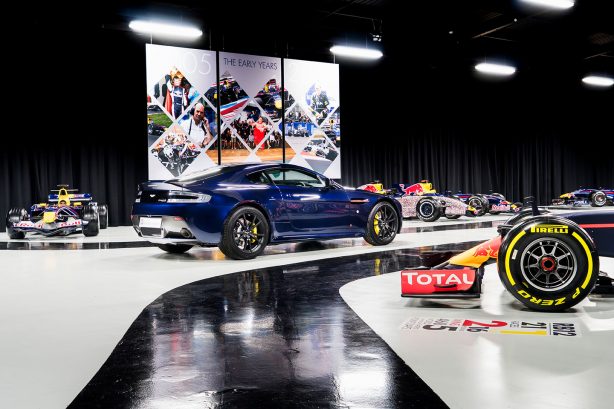 Available in both V8 and V12 variations the cars take heavy styling cues from Red Bull Racing’s 2017 F1 car with two Mariana Blue paint options available in gloss and satin as well as a gloss Tungsten Silver option. A set of unique race inspired carbon fibre features adorn the car in the form of splitter, diffuser, grill and side strakes. To complete the styling scheme the carbon fibre grille features red paint and the brake calipers are finished off in yellow.

“We are also proud to unveil the new Vanquish S to the Melbourne market. We have already seen great early interest in the new model locally.“ 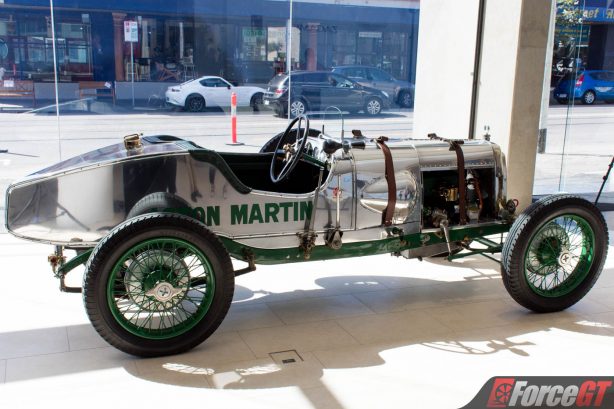 Sitting alongside the newest set of Aston Martins is also the oldest Aston Martin in Australia, the unique Aston Martin Chassis Number ‘1927’ having called Melbourne its home since 1924, now residing in the soon to open Aston Martin showroom in Richmond.

Pricing for the V8 Vantage S Red Bull Racing Edition starts at $259,995 drive away while the more powerful V12 Vantage S Red Bull Racing Edition Sportshift is priced at $422,770 plus onroad costs. Deliveries for both models will start during the second quarter of this year. The Aston Martin Vanquish S has been priced at $489,950 excluding onroad costs with deliveries commencing next month in April. 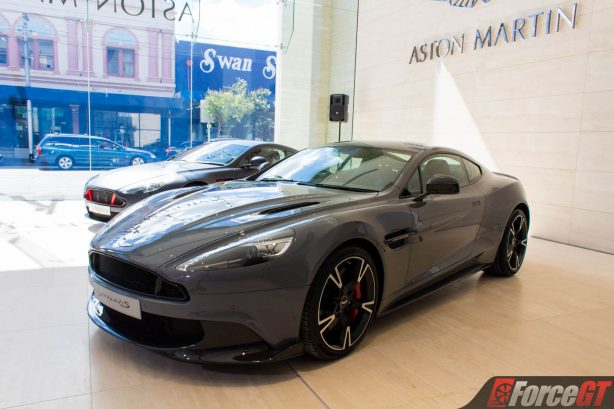