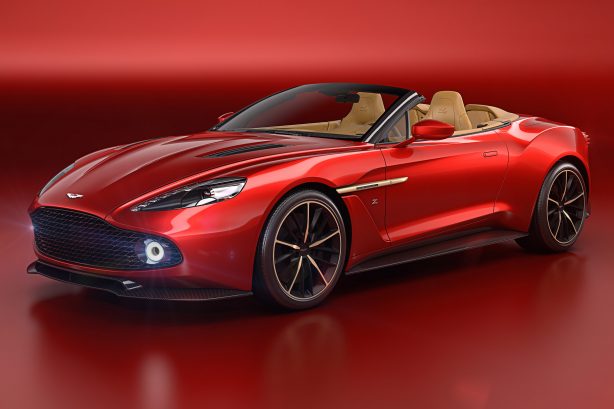 Aston Martin has dropped the top off the striking Vanquish Zagato Coupe as it heads to the 2016 Pebble Beach Concours d’Elegance with the Volante convertible. 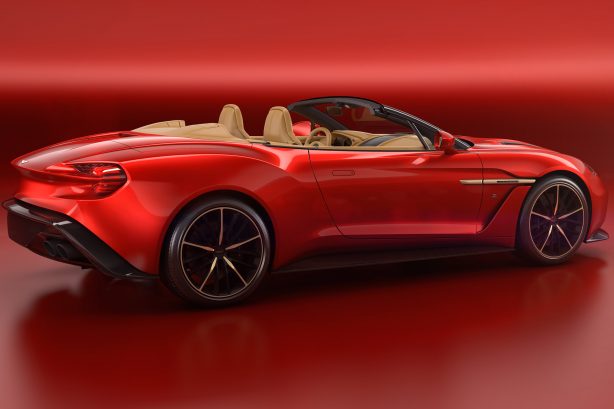 Like the Coupe, the Volante is created in partnership with Zagato, which Aston Martin has been collaborating with for six decades.

In its transformation from a sleek coupe to a sexy drop top, the Vanquish Zagato Volante gains twin cowls on the rear deck and the same cloth folding roof mechanism as the Vanquish Volante. 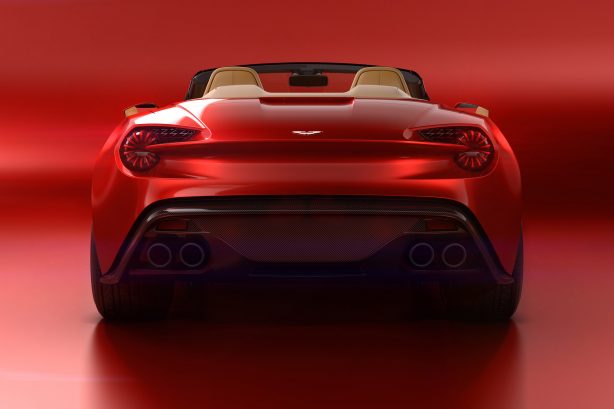 Customers wanting to personalise their vehicle can turn to Aston Martin’s specialist ‘Q’ division to tailor the cabin with options like anodized bronze detailing and Bridge of Weir leather.

Customer deliveries for the Vanquish Zagato Volante will begin in 2017.