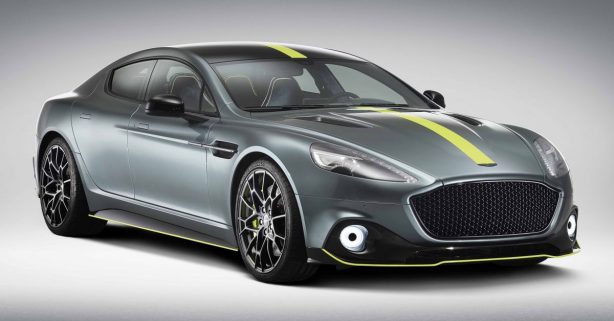 Aston Martin has unveiled its second model under the AMR performance sub-brand with the new Rapide AMR following in the footsteps of the DB11 AMR.

Described as “a sports car capable of comfortably transporting a team of race drivers to a circuit on the other side of a continent and then tackling the track when they get there,” production of the Rapide AMR is limited to just 210 cars.

As befitting its AMR badge, the four-door’s 5.9-litre naturally-aspirated V12 – marketed as a 6.0-litre – gains larger inlet manifolds derived from the Vantage GT12 along with new calibration for the engine and eight-speed Touchtronic III automatic transmission. 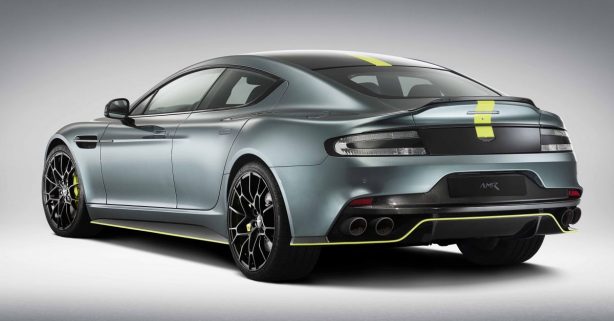 The result? 450kW at 7,000rpm and 630Nm of torque channeled to the rear wheels via a limited-slip differential.

Despite the modifications, the Rapide AMR is no faster than the 418kW Rapide S, taking 4.4 seconds to complete the century sprint although top speed is slightly higher at 330km/h, versus 327km/h.

The Rapide AMR sits 10mm lower than the Rapide S and gets a set of recalibrated three stage adaptive dampers to suit. There are also a set of carbon ceramic brakes measuring 400mm and clamped by six-piston calipers up front, and 360mm with four-piston calipers at the rear. 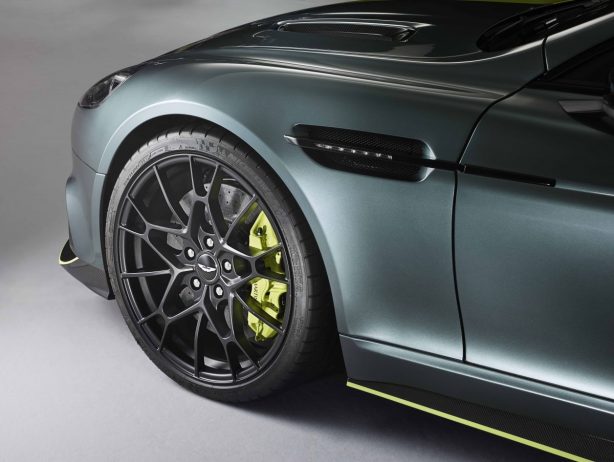 The car rolls on a set of 21-inch wheels – a first for Aston Martin – that helps cool those massive brakes, along with modified brake ducts and dust shields adapted from the Vanquish S.

Aesthetically, the Rapide AMR features a bolder front grille and circular daytime running lights inspired by the Zagato. To keep weight in check, the splitter, sills, rear diffuser, ventilated bonnet and boot lid spoiler are all made of carbon-fibre.

There are three different design themes to choose from – Standard, Silhouette and Signature. The first two come with a choice of four colours: Mariana Blue, Scintilla Siler, Lightning Silver and Onyx Black. The Standard theme also adds AMR Lime accents to the splitter, sills and rear diffuser, while the Silhouette gets a full-length contrasting stripe in China Grey or Clubsport White.

Meanwhile, the Signature look matches Stirling Green paint with Lime accents and a Lime stripe, which the company says draws the “closest visual link to the Aston Martin Racing team and the liveries of its race cars.” 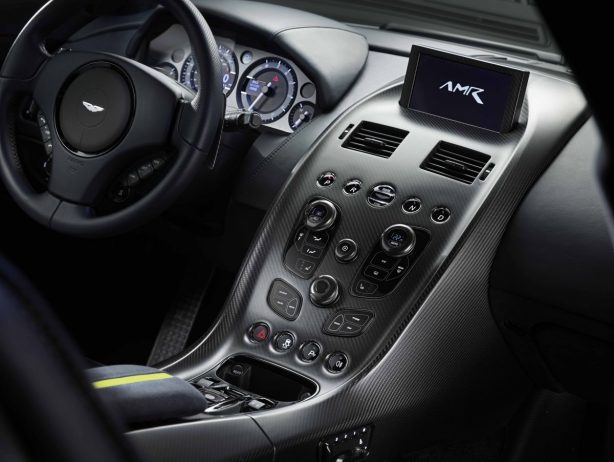 Inside, the interior is offer with either AMR Lime or Galena Silver welting and stitching. The full-length carbon-fibre centre console and Alcantara-trimmed seats are both a first for the Rapide. There is also plenty of AMR branding, including a unique AMR inspection plague. Customers can also order a One-77 style steering wheel as an option.

The car is available to order now with deliveries starting in the fourth quarter of 2018.