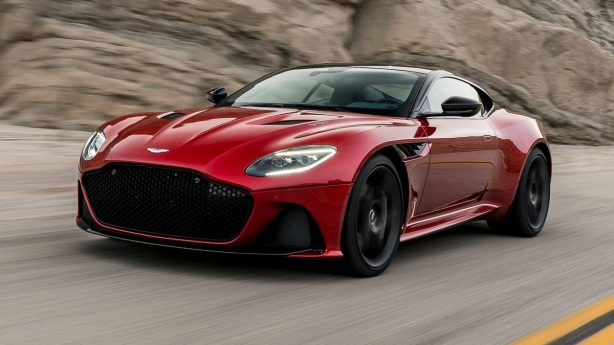 Aston Martin has taken the cover off the DBS Superleggera – a true thoroughbred that marks the return of not one, but two illustrious names. With DBS, Aston Martin is reviving an iconic nameplate that first appeared on in 1967, while Touring’s famous mark – Superleggera – will once again adorn the bonnet of an Aston Martin.

A collaboration that originally paved the way to the DB4, 5 and 6 Mark 1, DBS Superleggera pays homage to the super lightweight construction technology of the famous Italian coachbuilder. 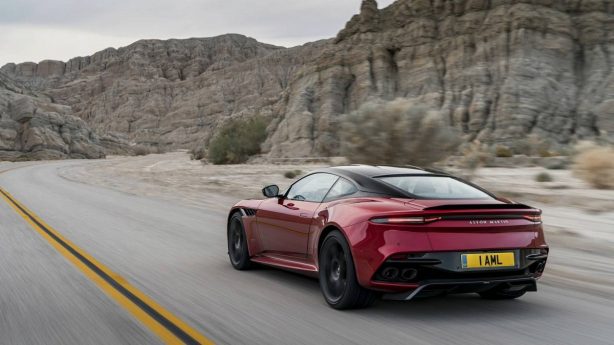 Clad using immaculately sculpted carbon fibre body panels, the new DBS Superleggera is a Super GT blessed with muscular and highly individual styling. The bespoke look is perfectly matched by Aston Martin’s 5.2-litre twin-turbo V12, tuned to produce a tremendous 533kW of power at 6500rpm and a huge 900Nm of torque from 1800-5000rpm.

The prodigious power and torque is sent to the rear wheels via a new rear-mounted ZF eight-speed automatic transmission. Traction is further managed by a mechanical limited-slip differential and torque vectoring.

As the British marque’s new Super GT flagship, the DBS Superleggera replaces the Vanquish S with a top speed of 339km/h and blistering 0-100km/h acceleration time of just 3.4 seconds. It also boasts class-leading in-gear acceleration, with 80-160km/h achieved in fourth gear in a mere 4.2 seconds. 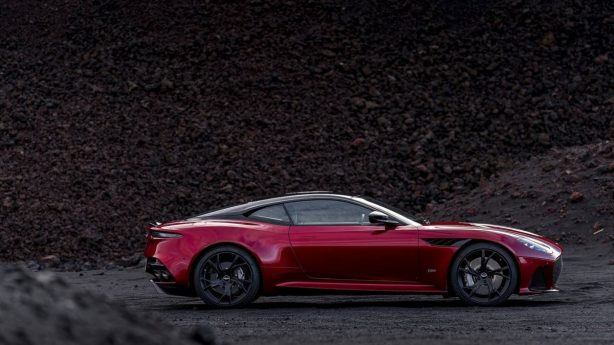 Evolving aerodynamic concepts first seen on the DB11 – such as the curlicue and Aeroblade – and then taking things further with an F1-inspired double-diffuser, DBS Superleggera generates 180kg of downforce at VMAX: the highest figure ever for a series production Aston Martin.

The DBS Superleggera is equipped as standard with keyless entry, tyre pressure monitoring system and a 360-degree camera with Parking Distance Display and Park Assist. The audio system has DAB plus Bluetooth audio and phone streaming, iPod, iPhone and USB playback. There is also an integrated satellite navigation system and wi-fi hub. All the in-car infotainment systems use a central LCD screen, controlled via a central dial. 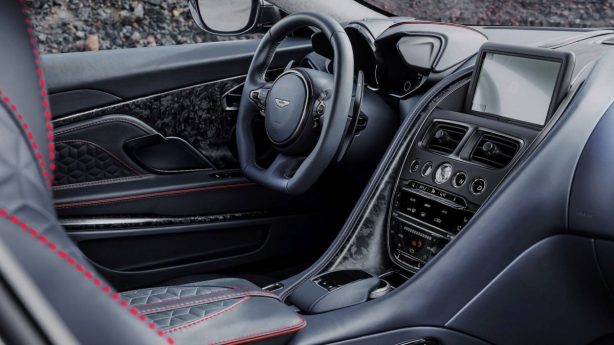 As befits its flagship status, the DBS Superleggera features an extensive scope for personalisation. Supple, aromatic leather and Alcantara upholstery comes as standard, as do the Sports Plus performance seats and steering wheel. There is a choice of two alloy wheel designs: the standard ‘Y’ Spoke Forged Wheel and the Lightweight Twin Spoke Forged wheel. Both are 21” in diameter and fitted with Pirelli tyres developed specifically for DBS Superleggera. There is also a choice of striking Designer Specifications, with specially chosen colour and trim combinations selected by the Aston Martin Design Team to accentuate certain aspects of DBS Superleggera’s character.

The Aston Martin DBS Superleggera will be priced from AUD$517,000 (plus on road costs) in Australia, with local customer deliveries set to commence late Q4 2018/early Q1 2019.