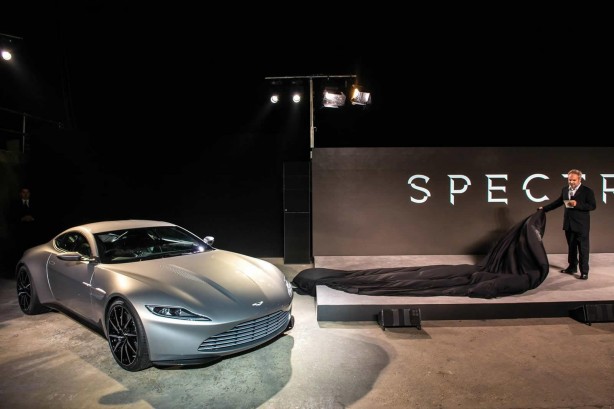 Aston Martin has released a behind-the-scenes video of its star car – the DB10 – in the upcoming James Bond movie, Spectre.

In the video, Director Sam Mendes and actor Daniel Craig share their thoughts on the collaboration with Aston Martin, while stunt coordinator, Gary Powell, discusses his experience with the DB10 in Rome.

The Aston Martin DB10 was specifically developed for Spectre, with just ten examples built – all of which survived the grueling stunt sequences. The exclusive sports car celebrates Aston Martin’s half a century association with James Bond, where the first “Bond car” was the iconic DB5 in 1964.

Previous McLaren P1, Porsche 918 Spyder, LaFerrari track shootout is a reality
Next Holden Commodore VFII Ute launched as the most powerful ever