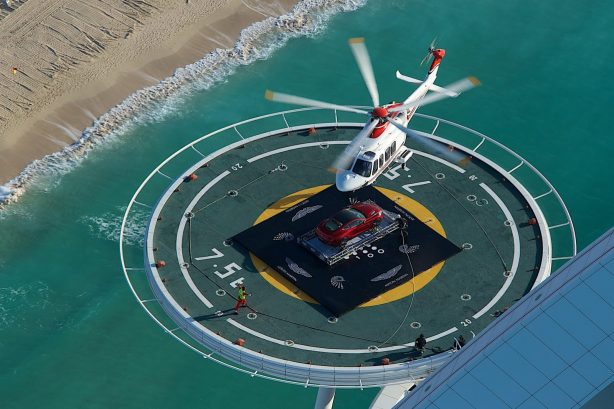 Extravagant car launches and promotions for luxury and exotic car companies are nothing new. A few years ago, Lexus launched its then new LS460 on the 88th floor of the Eureka Tower in Melbourne, vertically.

Recently, as part of its ongoing celebrations for its 100th birthday, Aston Martin became the first ever car company to place a car onto the helipad of the iconic Burj Al Arab hotel in Dubai. The new Aston Martin Vanquish was flown by a helicopter and lifted 1,000 feet above the ground and placed on the helipad of the sail-shaped building. 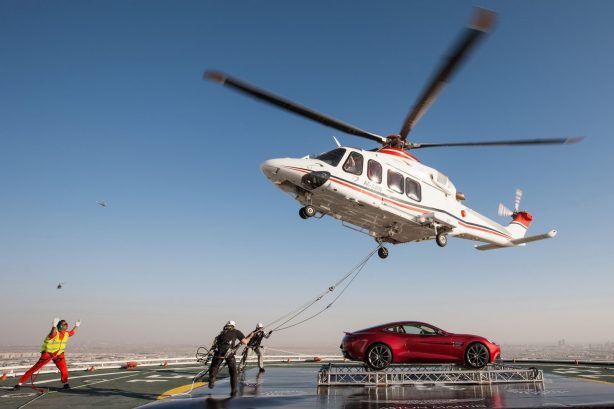 “It is with great pride that we continue our centenary celebrations in such unique manner in the city of Dubai. Today we are achieving another world first – one of many for Aston Martin over the years. This is a true feat for Aston Martin and a fantastic way to begin a new century of global success for our iconic brand,” said Aston Martin CEO, Dr Ulrich Bez from the top of the Burj Al Arab.

Watch the fascinating video below for yourself.