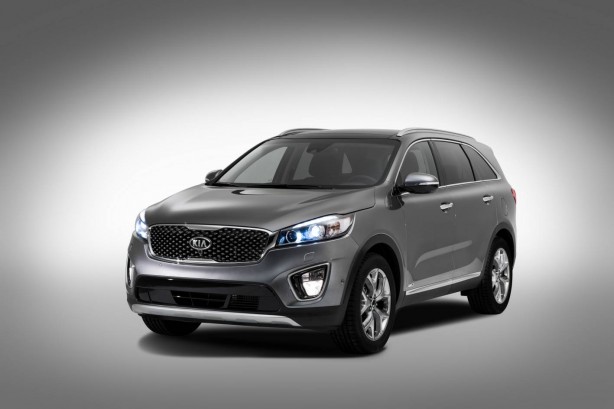 Following a preview earlier this month, the all-new third-generation Kia Sorento has been officially unveiled. It features the brand’s hallmark ‘tiger-nose’ grille that is now larger and more upright, with a distinctive three-dimensional diamond pattern, flanked by a pair of long swept-back headlights.

The new design is very much an evolution of the existing model, despite being longer, lower and wider, with an extended wheelbase for better interior room. Together with a lower roofline, higher beltline and rounded shoulders at the rear to give the car good proportions.

The sleeker look of the new Sorento is enhanced by its 95mm increased in length, 15mm reduction in height and 5mm extra width. 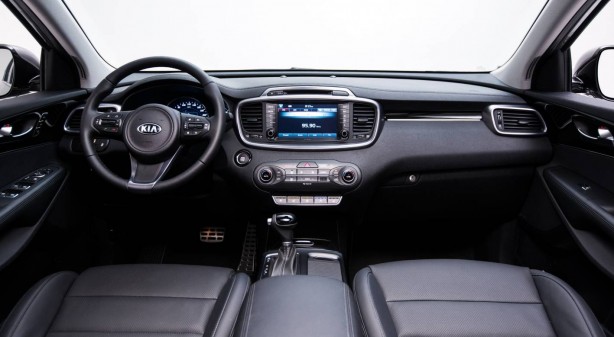 Kia has also unveiled the first time the interior of the new Sorento. Led by the brand’s European design team, based in Frankfurt, Kia’s designers have created a more sophisticated, more upmaket cabin, with higher quality materials.

Available in 5- or 7-seat versions, the new Sorento features 40/20/40 second row split folding for improved versatility, with a higher folding centre armrest. The second row seats of the 7-seat version are equipped with ‘remote folding’ controlled by two levers in the side of the cargo bay. 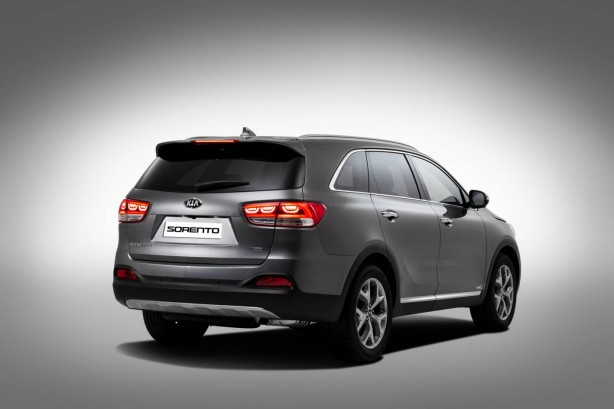 The fully-independent suspension retains the format of the outgoing model (MacPherson Struts at the front and Kia’s multi-link system at the rear), but features a range of modifications.

At the rear, the subframe supporting the suspension has larger bushings to better isolate it from the cabin and the larger shock absorbers are now mounted vertically behind the axle line, improving body control motion.

The all-new Kia Sorento will make its world motor show premiere on Thursday, October 2 at the 2014 Paris Motor Show.