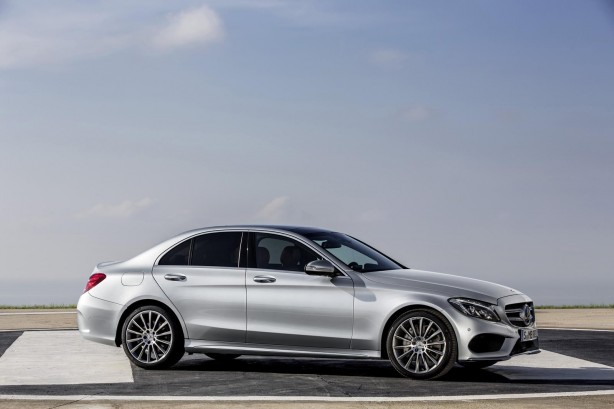 Mercedes-Benz has today announced the pricing and specification for the all-new Mercedes-Benz W 205 C-Class sedan. Set to hit showrooms on the 23rd August, the new C-Class will be launched with five variants, with prices starting from $60,900 plus on-road costs for the C200.

According to Mercedes-Benz Australia/Pacific, the C200 petrol is not only the most popular C-Class model, but the most popular model of the entire Mercedes-Benz range. The new model in Australia receives enhancements of not only equipment, but performance. LED headlamps, 18” alloy wheels, Collision Prevention Assist PLUS, electric seats and blind spot assist are matched to a 0-100km/h time that rivals the outgoing C 250. Its diesel sibling, the C 200 BlueTEC (diesel), is set to become one of the most fuel efficient vehicles in the Mercedes-Benz portfolio.

“The outgoing C-Class was and is the number one selling luxury car in Australia and we’re confident the all-new C-Class will continue on the same path when it launches in August,” said CEO Mercedes-Benz Australia/Pacific and Managing Director of Mercedes-Benz Cars, Horst von Sanden. 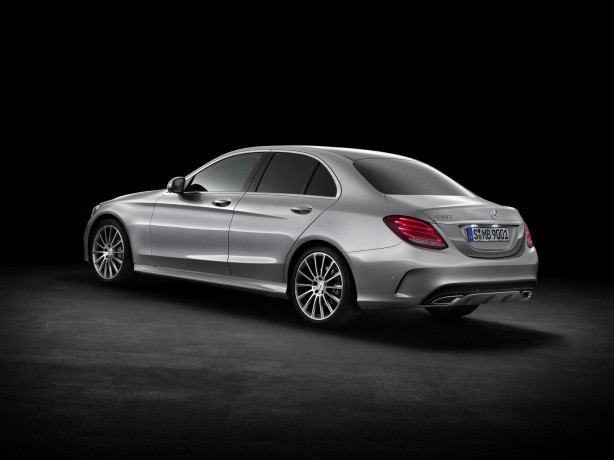 Not to be outdone, both the C 250 (petrol) and C 250 BlueTEC (diesel) not only increase standard equipment levels over the outgoing C-Class, but introduce technology yet to be seen in this segment of the market. The new C 250 variants will arrive with the full Driver Assistance Package PLUS package most recently seen in the latest S-Class, including Steer Assist. Other standard features include KEYLESS-GO with hands-free access, leather upholstery and 19” alloy wheels.

The C-Class is said to have grown to take into account of people’s increasing average height. Its wheelbase has been stretched 80mm to 2,840mm compared to the previous model while the car is overall 95mm longer (4,686mm) and 40mm wider (1,810). Its boot space has also increased to 480 litres. 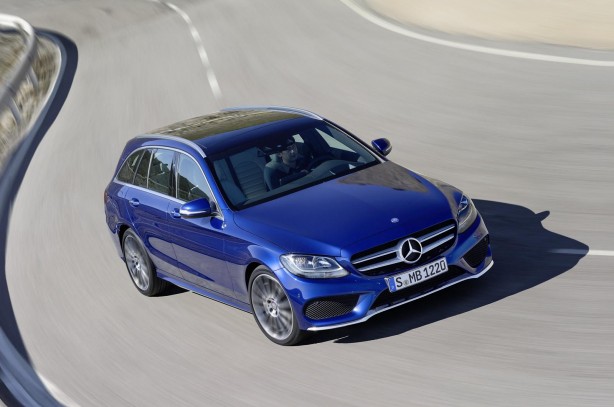 The economy hero of the range will not doubt be the C 300 BlueTEC HYBRID, combined fuel efficiency estimated to be as low as 3.6L/100kms and with equipment equal to the C 250 models. The C 300 BlueTEC HYBRID will be priced at $74,900 MRLP. It is equipped with a four-cylinder diesel engine and compact electric motor that generates an output of 150 + 20 kW.

The entire petrol and diesel engines are equipped with start/stop function and comply with Euro 6 emissions standards.

The Mercedes-Benz C-Class range is now available to order. The manufacturer’s recommended list price is as follows: