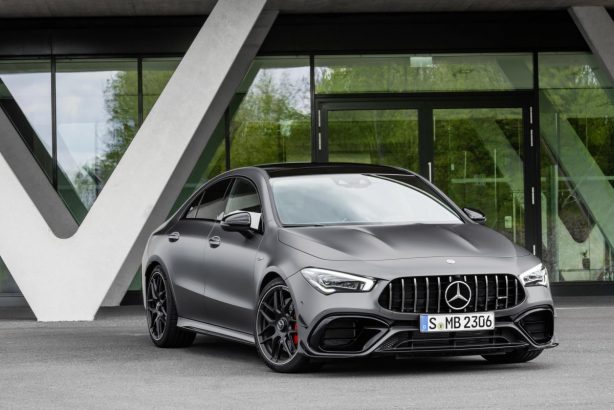 The highly anticipated next-generation Mercedes-AMG A 45 and CLA 45 have been officially unveiled along with their more hardcore S variants.

Branded as the “super-sportscar” of the compact class, the performance flagships of the A Class and CLA Class sit above the tamer A 35 and CLA 35 in their respective line-up and pack one of the most powerful 2.0-litre turbo engines in the world. 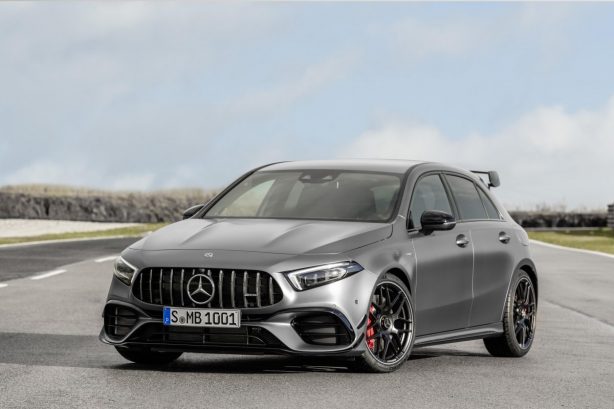 Sporting an aggressive body kit including the Panamericana grille, which is usually reserved for top-of-the-line AMG models, the AMG A 45 and CLA 45 feature air intakes that are shaped in a similar fashion to its larger AMG siblings like the C63 and GT 4-Door Coupe, while the ‘power creases’ on the bonnet and black canards highlight the performance duo’s top dog status.

Moving towards the back, the quad exhaust pipes are another hallmark of a true AMG, while the rear roof spoiler of the A 45 and boot lid spoiler of the CLA 45 further signify their performance credentials. Elsewhere, a set of red-painted brake calipers hide behind the large black-finished alloy wheels of both cars. 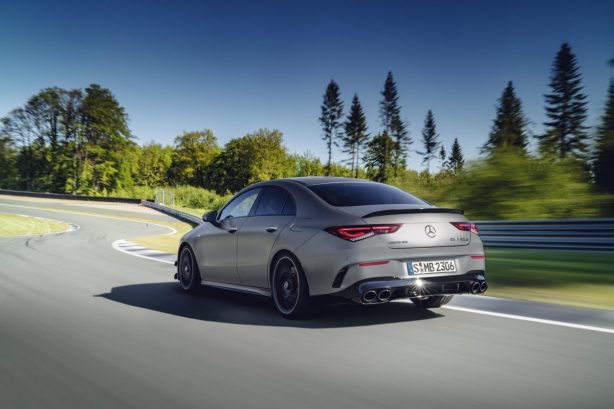 Powering both sports cars is a new 2.0-litre four-cylinder engine code named M139, which replaces the previous M133 power unit. Boosted by a single twin-scroll turbocharger, the mill puts out between 285kW and 310kW, along with 480 to 500Nm of torque.

It is said to be the most powerful turbocharged four-cylinder engine produced by Mercedes and is completely different to the uprated M260 unit found in the A35, which only generates 225kW of power and 400Nm.

The M139 is matched with an eight-speed dual-clutch transmission, along with a ‘drift mode’ function which enables the all-wheel drive AMD models to do power slides.