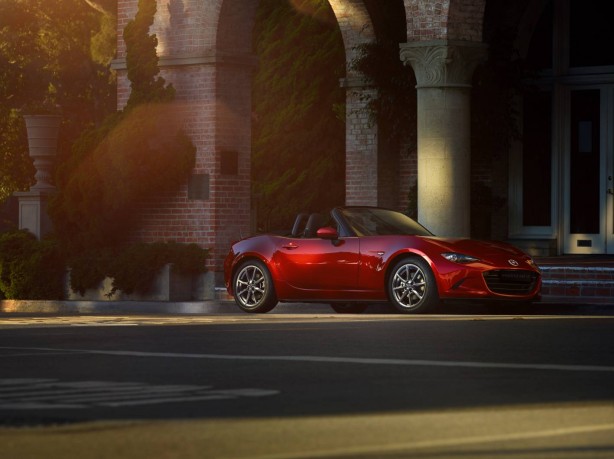 The all-new fourth-generation Mazda MX-5 will arrive on Australian shores in mid-August priced from $31,990 plus on road costs, just $2,000 more than the 1989 first generation model.

In 1989, Mazda set out to produce a timeless, open-top roadster with the aim of offering good, clean driving fun. More than 25 years later this philosophy still continues. As of July 2014, total production volume of the Mazda MX-5 exceeded 940,000 units and it continues to hold the Guinness World Record for the best-selling two-seater sports car.

The 2015 Mazda MX-5 is the most compact of any generation MX-5 so far and is almost 100kg lighter than the model it replaces, promising a dramatic leap in Jinba-ittai driving fun. The ND is the shortest MX-5 ever built, measuring 3,915mm long, 1,730mm wide, 1,235mm high, with a wheelbase of 2,315mm, and front and rear overhang reduced to 760mm and 840mm respectively. 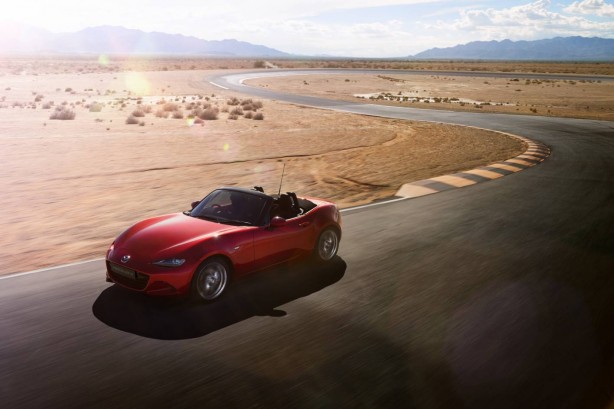 “For those that know, love or own an MX-5, the arrival of an all-new model is always cause for excitement, ” said Mazda Australia managing director Martin Benders.

“We believe that the sharp entry pricing for the new ND will inspire a new generation of younger MX-5 buyers to experience the freedom and enjoyment of open-top motoring. The All-New Mazda MX-5 is in many ways the rebirth of an icon.” 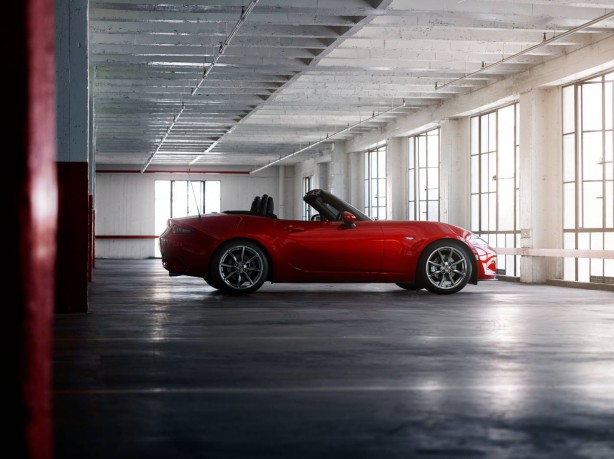 In production now, the entry-level Roadster and top-spec Roadster GT will be initially available in Australia with a specially tuned 1.5 litre SKYACTIV-G petrol engine and with a choice of either a SKYACTIV-Drive 6-speed automatic or SKYACTIV-MT 6-speed manual transmission.

A 2.0 litre powered model will join the new MX-5 range later this year. 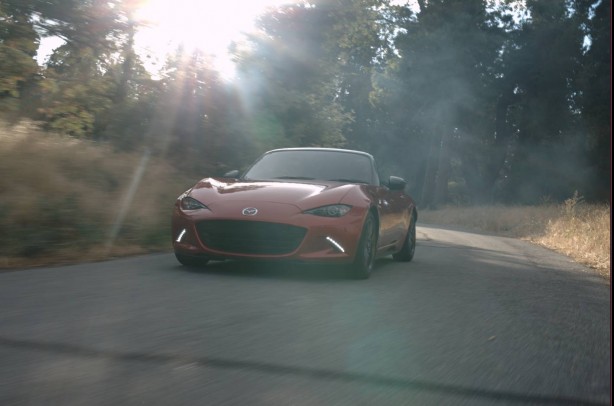