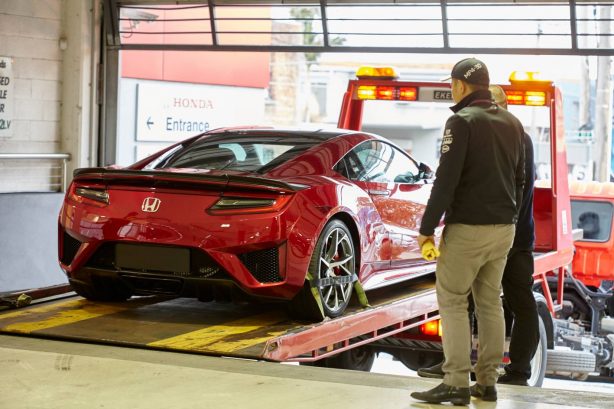 After almost one and a half decade since the original Honda NSX last went on sale in Australia, an all-new NSX is back in a showroom Down Under. A sleek pre-production second-generation Honda NSX arrived at Melbourne dealership, Yarra Honda, today. It will be showcased around the country at the five nominated Honda Australia dealers who will sell the hybrid supercar. The five dealerships are Yarra Honda (VIC), Scotts Honda (NSW), Austral Honda (QLD), Nordic Honda (SA) and Burswood Honda (WA).

Despite being a pre-production model, Honda says the deep red NSX rolled into Melbourne today is about 99 per cent close to the Australian-spec model. The sole NSX will stay at the dealership in Melbourne’s inner north for a few weeks for general display before moving around to the other four Honda showrooms. 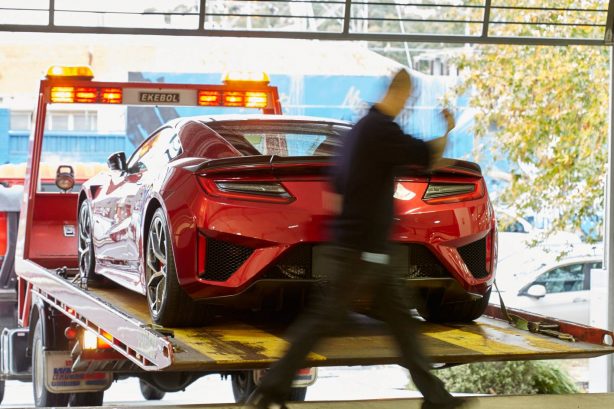 “We expect the NSX to be a very exclusive car and as a technology and design statement, it represents the pinnacle of Honda automotive expertise,” said Honda Australia Director, Mr. Stephen Collins. “It’s already gained rave reviews in other markets, providing exhilarating performance, handling and luxury in a supercar.”

According to Honda, pre-launch interest in the new NSX has been strong, with some dealers already received pre-orders from keen buyers. While pricing for the supercar has yet to be finalised, the Melbourne dealership hinted that it will sit around the $360,000 mark, before on-road costs. As a comparison, the last of the original NSX was sold here for $256,000 plus ORCs in 2002.

Positioned as the new halo car for the Honda brand aimed at the likes of Audi R8 and Lamborghini Huracan, the two-seater NSX is packed with the latest hybrid and petrol engine technologies and is built from a multi-material space frame, featuring extensive use of aluminum. 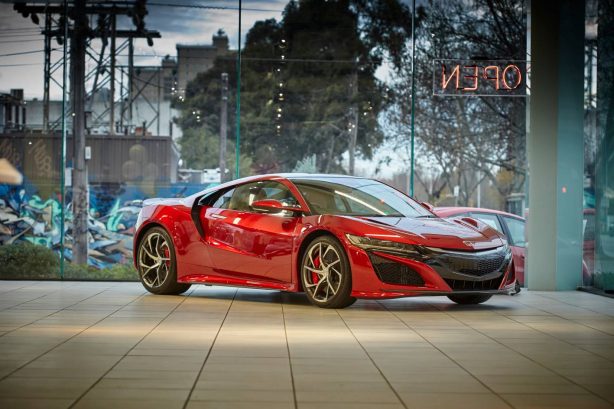 Inside, the NSX boasts a luxurious leather and alcantara interior, hip-hugging sports seats and driver-oriented cockpit controls designed to minimise potential distractions. The airy cabin is both functional and designed to ‘wrap’ around the driver and passenger. 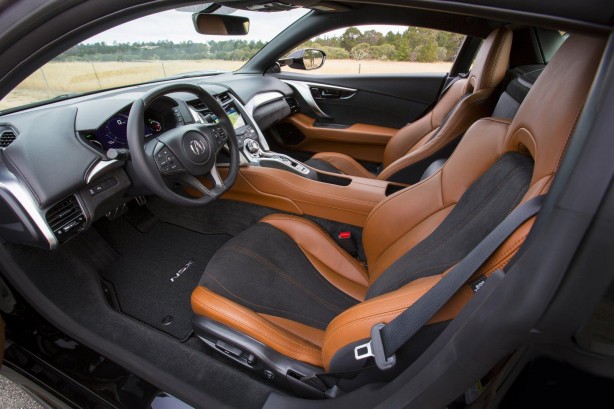 Powering the NSX is a 3.5-litre twin turbo V6 combined with a Direct Drive Motor and two parallel high-performance electric motors in the front, which provide instant torque. The longitudinally mounted, twin-turbo, six-cylinder engine is rear mounted, matched to a dual clutch nine-speed transmission developed specifically for the NSX. The combined output of the 3.5-litre twin turbo V6 engine and hybrid motors is estimated to be more than 425 kW.

At the rear, the Direct Drive Motor is housed between the engine and gearbox and enhances performance during acceleration, braking and gear changes. The front wheels of the NSX are powered independently by two parallel high-performance electric motors. Combined, the system provides all-wheel drive. 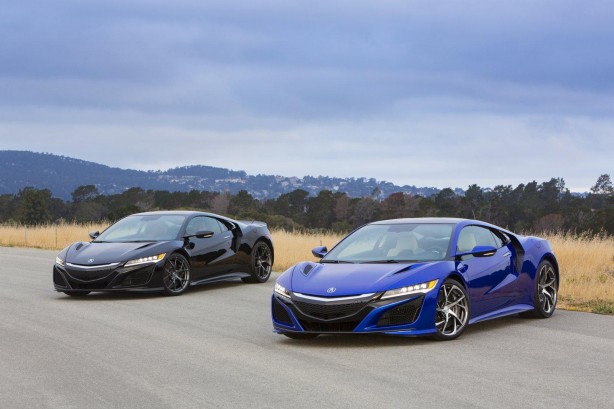 Development of the next-generation NSX involved a global team of engineers and designers, with development of the Sport Hybrid power unit centered in Tochigi, Japan. The development of the body, chassis, electrical, interior and other vehicle technologies including total system integration, was concentrated in Raymond, Ohio.

The initial styling design for the NSX was conducted at the company’s Wako design studio in Japan, and was evolved for production by Honda’s Acura Design Studio in Los Angeles.

The NSX is manufactured exclusively in the United States at the Honda Performance Manufacturing Centre (PMC) in Marysville, Ohio, where 100 production experts are responsible for manufacturing the full bodywork, paintwork and final assembly. Between six and eight are produced each week.

The Honda NSX goes on sale in Australia in the fourth quarter of 2016 with pricing and full specifications to be announced closer to official launch.

Previous Can a Skoda Superb beat a Porsche & Ferrari in a drag race?
Next Video: Ferrari V8 powered Toyota 86. Anyone?