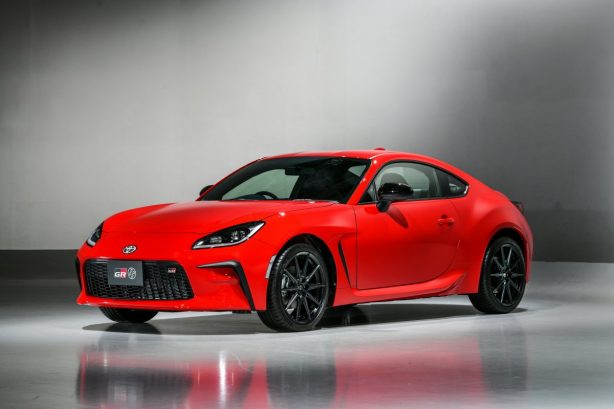 Five months after the second-generation BRZ made its debut, it’s now Toyota’s turn with its GR 86, the third model in its GAZOO Racing series of sports cars after the GR Supra and GR Yaris.

Unless you’ve been living on Mars, like the first-gen model, the new GR 86 is jointly-developed with Subaru, with the two sharing plenty in common although the five months delay is due to Toyota wanting to make the 86 feel more like their own. 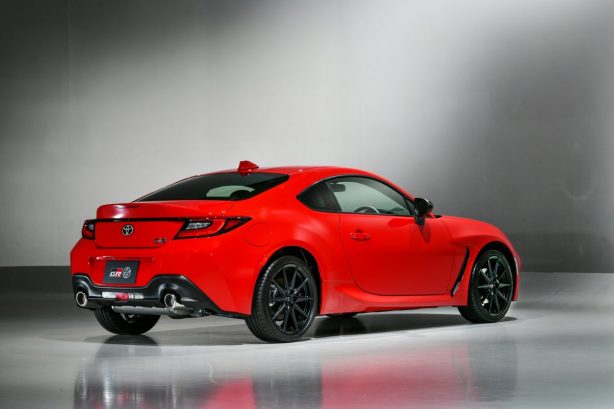 Like the almost identical Subaru BRZ, the GR 86 is more muscular compared to the outgoing model, sporting a lower stance and curvier haunches. Up front, the sports coupe is fitted with the “Functional Matrix” grille similar to the one found on the GR Yaris, while its LED headlights have a slightly different signature compared to the BRZ.

Around the back, both models are near indistinguishable safe for the differing badges.

Elsewhere, the new exterior also features motorsport-derived aerodynamic components such as side sill spoilers and special air outlets that are said to improve the car’s handling and stability. Like the exterior, the 86’s interior is largely shared with the BRZ, except for the infotainment system, which Toyota says has been optimised to reduce the need to look away from the road.

It features a 7-inch display that is now more modern and shows an animated sequence on start up “inspired by the piston movements of the [car’s] horizontally opposed engine”.

Toyota says all switches and controls are optimally arranged to create a space that enables the driver to concentrate on driving. 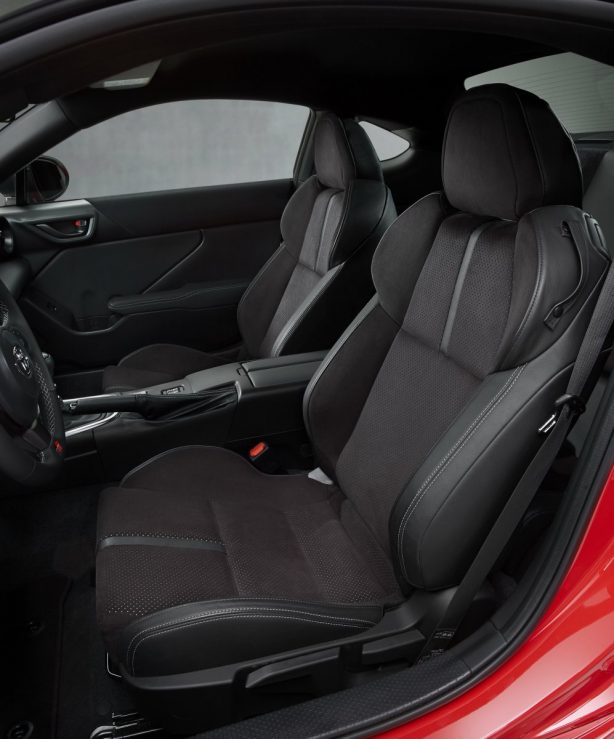 Toyota claims it has worked hard to ensure the new GR 86 handles even better than its predecessor, which was renowned for its sharp driving dynamics.

It rides on MacPherson front and double-wishbone rear suspension, and 18-inch alloy wheels wrapped in 215/40 Michelin Pilot Sport 4 tyres on all four corners.

The company has managed to keep the car’s weight roughly the same at 1,270kg through the use of aluminium for the roof panels and fenders, new front seats, and redesigned rear mufflers.

Combined with a 50 percent increase in torsional rigidity, the new 86 certainly has all the right ingredients for a true driver’s car. 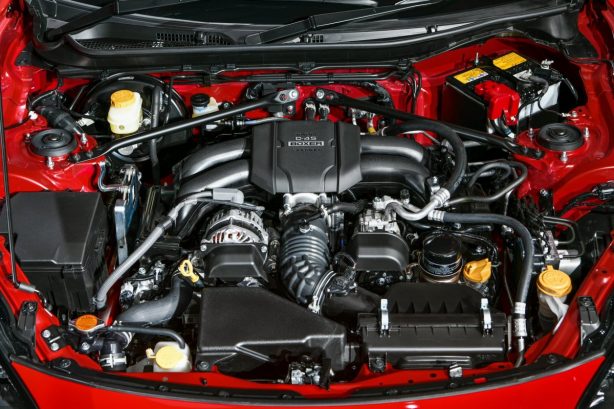 The GR 86’s boxer engine’s displacement has increased from 2.0 to 2.4-litres. The aspirated engine – driven through a six-speed manual or automatic transmission – delivers 173kW and 250Nm and enables the 86 to dash from 0-100km/h in 6.3 seconds, or 1.1 seconds quicker than before.

According to Toyota, the engine’s responsiveness has been improved to provide a better transition from low to high rpm. Peak power and torque arrive at 7.000rpm and 3,700rpm, respectively before a 7,400rpm redline. The new GR 86 continues to be rear-driven.

However, manual models miss out on the potentially life-saving tech.

When will the 2nd-generation Toyota GR 86 arrive in Australia?

The 2022 Toyota GR 86 has been confirmed for Australia, but it is unclear exactly when it will land.

The Subaru BRZ is set to arrive in Australia towards the end of 2021. If Japan is any indication, the GR 86 is likely to arrive a few months later.