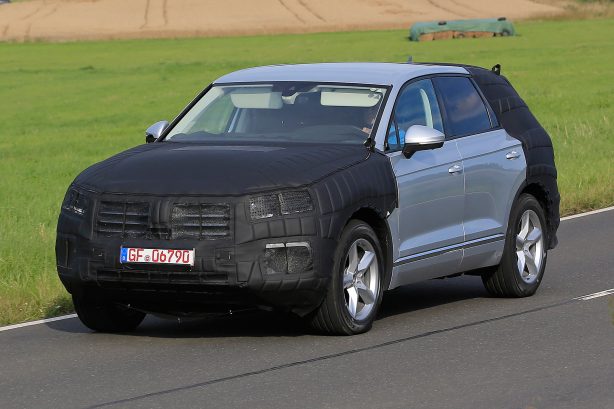 The next-generation Volkswagen Touareg SUV has been snapped undergoing testing before its arrival in 2017.

Previewed by the VW T-Prime concept earlier this year at the Beijing Motor Show, the partially disguised prototype has given us a glimpse of the entire uncovered side section of the car, which looks almost identical to the concept. 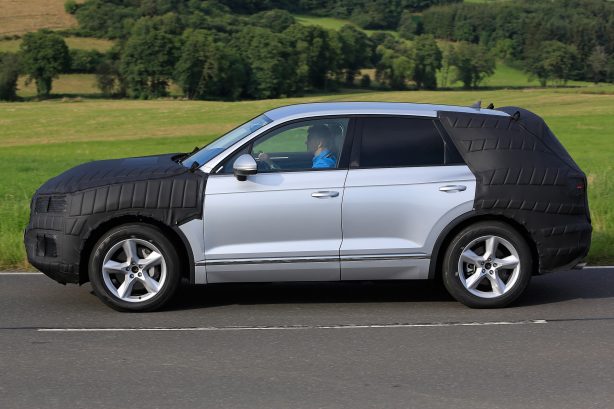 The new model will share its underpinnings with the Audi Q7, although it won’t be as long as the luxury SUV, with a slightly shorter wheelbase and overall length.

While the imposing T-Prime concept sports a dramatic front end with a huge chrome plate grille, deep air intakes and striking LED running lights that stretch over the entire grille, expect the production model to have a more down to earth front fascia reminiscent of the recently introduced Tiguan. 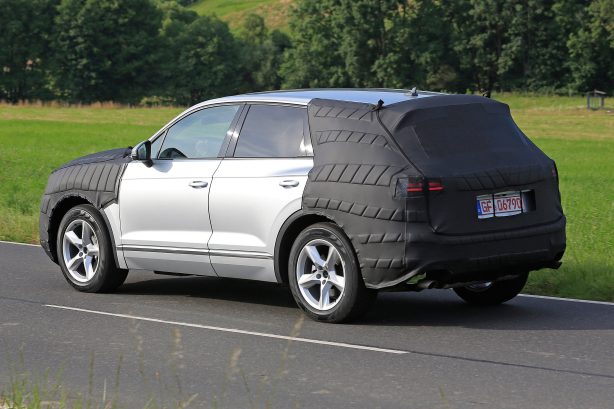 Inside, the switch to Volkswagen Group’s MLB platform is expected to help with packaging, with better interior space than before. However, the new Touareg will retain its five-seat configuration, with VW ruling out a seven-seat option.

With the Touareg set to become the global flagship of Volkswagen after the demise of the Phaeton luxury saloon, the new model will be tasked with introducing the company’s latest infotainment system.

While the majority of the lineup will most certainly come with a conventional central infotainment screen, possibly combined with VW’s digital instrument panel, the T-Prime’s radical touch-screen system will be offered, at least as an option. It uses a 15-inch display that could be slightly curved in the production model in order to reduce glare and reflections. 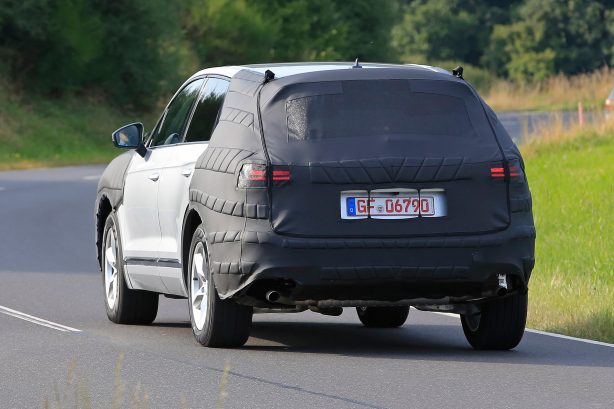 Like most smartphones and tablets, the screen can be configured to the driver’s liking, using gestures already familiar to most of us. There’s even a central button a la smart phones that allows users to quickly go back to the home screen.

The system won’t be limited to one user, either, with different drivers’ layout linked to their own key or by selecting their ‘user’ at start up, not unlike a computer login.