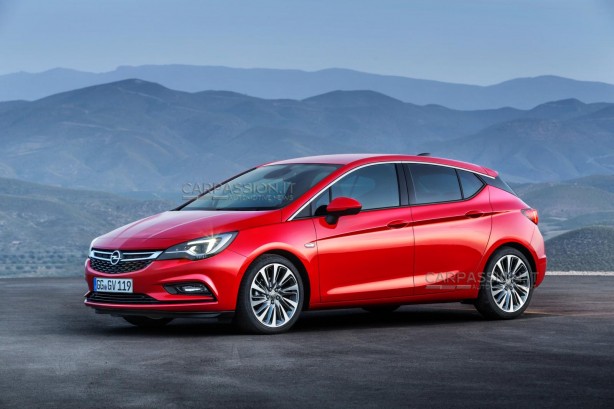 The first official photos of the all-new 2016 Opel Astra have found their way onto the web, thanks to an Italian website. The fifth-generation Astra is likely to arrive in Australia wearing a Holden badge next year.

Based on General Motor’s new Delta platform, which also underpins the next-generation Cruze, the new model is more compact and is approximately 100kg lighter than the outgoing model. 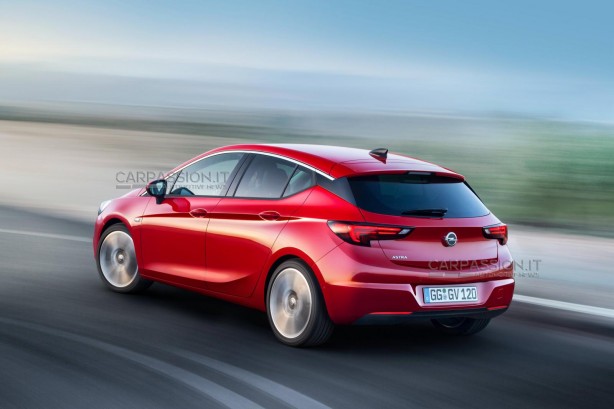 The new car, while completely new, shares familiar styling cues with its predecessor, especially in the daytime running light signature and silhouette. One notable highlight of the car’s design is its “floating” C-pillar that gives the hatch a fast sloping roof effect.

Inside, the interior has been revamped with the previous model’s button infested dashboard replaced with a contemporary, streamlined dash featuring a large touchscreen infotainment system compatible with Android Auto and Apple CarPlay. 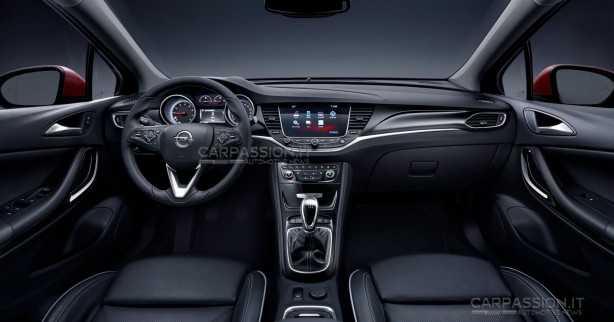 There’s also a generous digital display in the instrument cluster, along with a new three-spoke steering wheel.

In terms of the Astra’s engine lineup, the new car will be available with a range of petrol and diesel engines similar to today’s model.

The 2016 Opel Astra will make its official debut at the Frankfurt Motor Show in September.