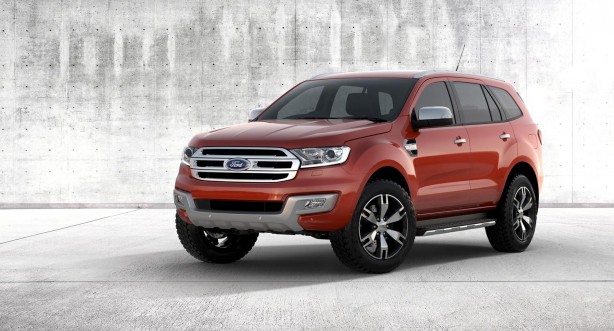 The all-new Australian-developed Ford Everest has been fully unveiled and is set hit showrooms in selected markets in 2015.

The Everest is one of the first models to emerge out of Ford’s future global product design projects at Ford Australia’s Broadmeadows engineering and design centre. The decision to head up the Everest’s development Down Under is part of an initiative to take the Blue Oval’s Australian presence beyond the cease of local manufacturing in October 2016. 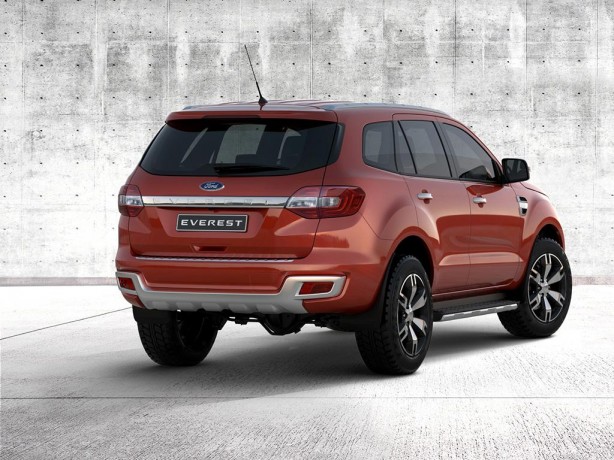 After countless of hours testing on Australian roads, Ford’s You Yangs proving ground and the punishing Australian outback, the new 2015 Everest is ready to take on one of the fastest growing and most competitive passenger car segments.

The SUV will be offered with a range of petrol and diesel engines, including a four-cylinder 2.0-litre EcoBoost turbocharged petrol unit, four-cylinder 2.2-litre and five-cylinder 3.2 litre Duratorq TDCI diesel engines. A choice of either six-speed manual or automatic transmissions will be available for the diesels, while the petrol is auto only.

Australian-spec Everests will be sourced from Ford’s Thailand manufacturing plant in Rayong, where the Ranger is also built.

Ford’s Terrain Management and Intelligent Four Wheel Drive systems, as well as the tried and tested body-on-frame construction, will all be employed in the new Everest, bringing highly capable off-road potential aided by 225mm of gound clearance and 800mm of water-wading capability.

Despite its promising off-road credentials, Ford claims the new Everest is equally at home on the road, delivering a comfortable ride for occupants courtesy of a solid rear-axle with Watts-link combined with coil-spring suspension all round. 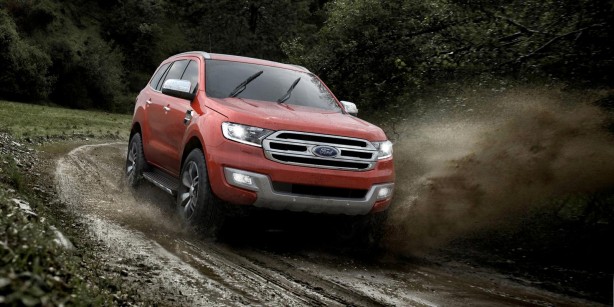 Ford says the new Everest has a best-in-class 750 kg cargo payload (up to 100 kg roof payload) and a 29-degree approach angle and 25-degree departure angle. The company also claims the new SUV’s interior is more car-like than ever before, with “one of the quietest cabins in its class,” thanks to active noise cancellation and hydraulic engine mounts.

Full specification and pricing of the all-new 2015 Ford Everest will be announced closer to local launch next year.

Previous Mercedes-AMG GT opens for ordering in the UK from £97,195
Next 2014 Fiat Freemont Crossroad Review