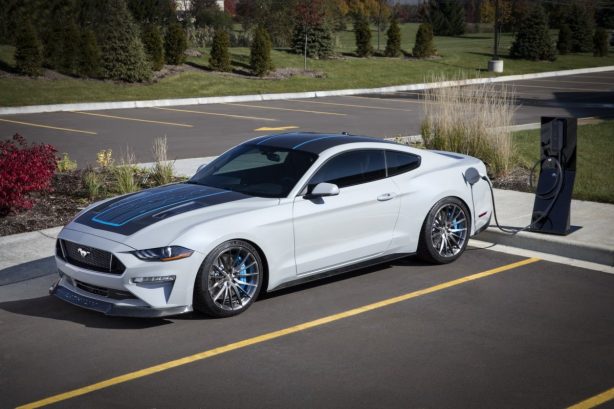 Ford has given us an early taste of their all-electric 671kW Ford Mustang Fastback built in collaboration with Webasto.

Known as the Mustang Lithium, it packs 670kW and a mighty 1,356Nm of instantaneous torque, from an 800-volt battery system and dual-core motor. Additionally, the emission free muscle car features a Getrag six-speed manual transmission instead of an automatically typically favoured by EVs. 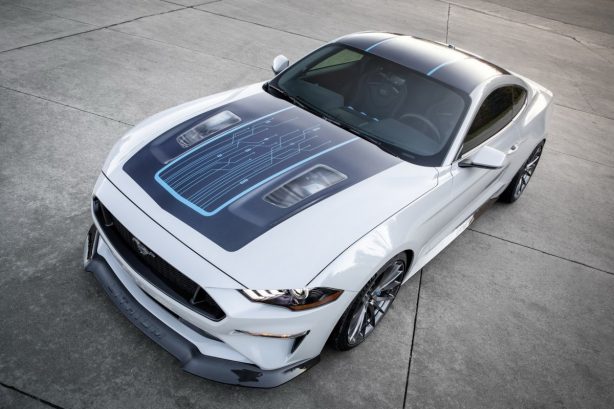 That’s not all, it also gets Ford Performance’s Track Handling Pack and strut tower brace, along with the Shelby GT350R six-pot Brembo brakes behind a set of 20-inch Forgeline wheels fitted with Michelin Pilot Sport 4S tyres.

There are also a number of custom carbon fibre body components including front and side splitters, plus a Webasto bonnet with see through polycarbonate windows. 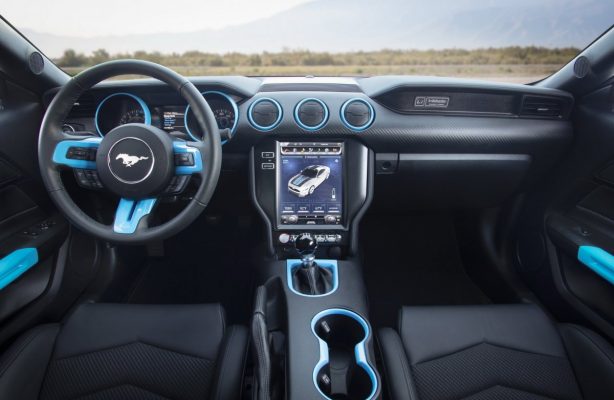 Like the ‘regular’ Mustangs at your local Ford dealers, the Lithium comes with several torque-modulating drive modes, ranging from ‘Valet’ to ‘Beast’ and controlled via the car’s in dash 10.4-inch touchscreen.

“Ford has made no secret of the fact that we are electrifying our most popular nameplates,” said Ford’s product development and purchasing chief, Hau Thai-Tang. 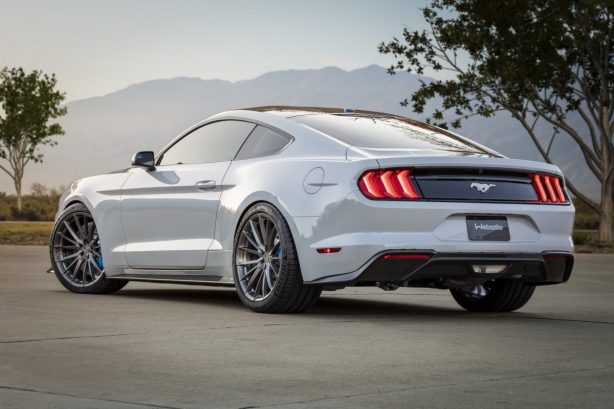 Don’t hold your breathe for the Mustang Lithium to appear at your dealership though, as it’s strictly a one-off prototype built to showcase “what new electrified powertrains can do for performance in a car they already know and love.”

What you can expect, though, is a Mustang-inspired electric SUV which is coming next year.