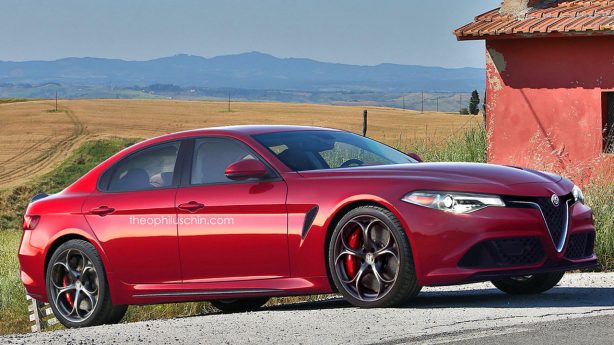 With the new Alfa Romeo Giulia getting rave reviews from the media and the brand’s first-ever SUV planned for next year, it isn’t surprising company boffins are wanting a slice of the lucrative mid-size luxury segment.

FCA’s technology officer, Harald Wester, believes Alfa owes its investors “a constant stream of new, fresh global products that can be sold,” so it will be “relatively fast sequence of relevant and saleable products like saloons and SUVs.” 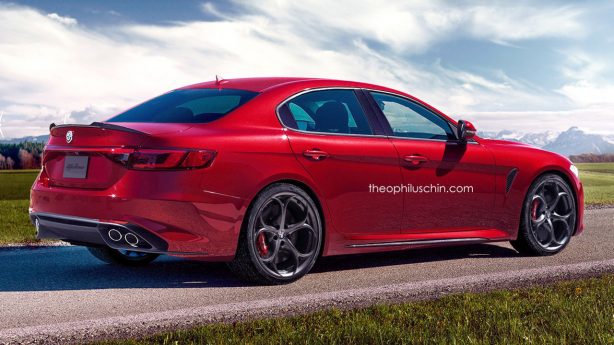 The BMW 5 Series and Mercedes E-Class rival will share the Giulia’s platform and engine lineup, the latter likely to be in a slightly higher state of tune.

We can also expect a range-topping QV model, again with the same 2.9-litre biturbo all-aluminium six-cylinder engine from the Giulia. The new model will reportedly debut Alfa Romeo’s first ever V6 diesel engine – likely to be a retuned version of Maserati’s diesel V6.

Another first from the model, and Alfa Romeo, is a raft of electrified technologies. According to the carmaker’s European boss, Fabrizio Curci, the platform is built to support whatever electrification the brand does, from plug-in hybrid to full electric. Additionally, he said the architecture also supports all-wheel drive and semi-autonomous driving technologies.

If it all pans out, Alfa Romeo’s mid-size luxury sedan will debut in 2018.