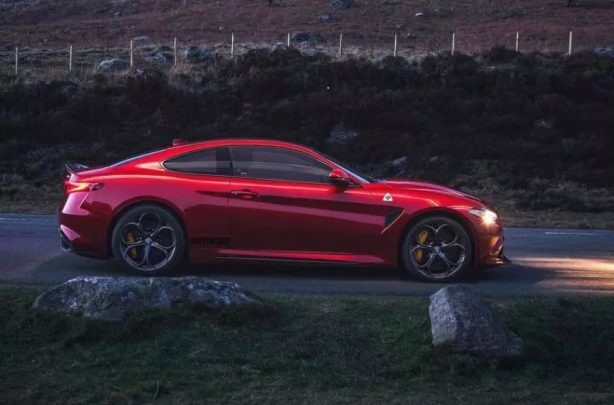 As confirmed through the five-year product portfolio released earlier this year, Alfa Romeo will be resurrecting the iconic GTV nameplate in 2021. The Italian brand’s first C-segment high performance coupe in over a decade will take on rivals such as the Mercedes-AMG C 63, BMW M4 and Audi RS 5.

What’s more interesting, however, is that the new flagship coupe will reportedly feature an electrified powertrain. Underpinned by the same platform as the Giulia Quadrifoglio, the upcoming GTV will use the same Ferrari-sourced twin-turbo 2.9-litre V6 engine as its sports sedan counterpart. The engine develops 375kW and 600Nm of torque, enough to send the Giulia Quadrifoglio from 0 to 100km/h in just 3.9 seconds.

The GTV, however, will take things up a notch by employing an electric motor as an additional drive unit, boosting power figures to at least 447kW (600hp) which will most certainly be accompanied by even more torque. With the added punch, expect the GTV to whip the century spin in around 3.5 seconds, while having some 50km of pure electric drive range.

It is also reported that a Spider open-top version will follow some 18 months later after the GTV coupe’s debut. The pair will slot below the new 8C supercar, which has been planned for a 2022 release.

Unlike the previous GTV, which came only in front-wheel drive, the new model will be motivated by all four wheels, with the petrol engine driving the rear axle and the electric motors assisting both the front and rear wheels. Both the GTV and Spider will offer a 2+2 seating layout. 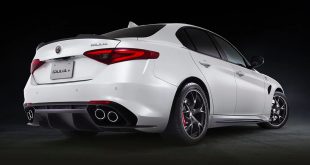