Alfa Romeo Giulia to get Ferrari-developed V6 and rear drive 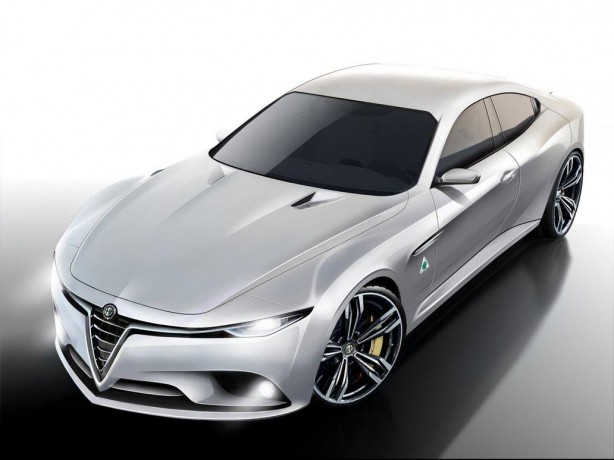 A Ferrari-developed V6 engine will power the much-anticipated Alfa Romeo Giulia (rendering shown) mid-size sedan when it goes on sale early next year.

Speaking at a Maserati event in Italy recently, Alfa Romeo and Maserati boss, Harald Wester described the German premium mid-size models as “mostly cold and clinical…. these cars have no soul” and promised that future Alfas would be sold on character and charm – much like today’s Maserati models. 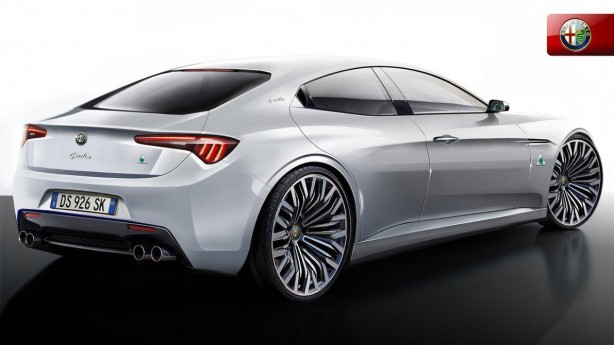 Known internally as ‘Type 929’, the new sedan is expected to be rear-wheel drive and sits on a substantially new platform, although some elements will be shared with the Maserati Ghibli. All-wheel drive variants will also be offered in certain markets.

The entry-level Giulia will use an advanced high-output four-cylinder engine, which will also replace the Alfa Romeo 4C’s 1.75-litre unit. In its highest state of tune, the new mill will churn out up to 222kW (298 bhp).

Higher-end variants will be equipped with a Ferrari-derived V6 engine, which is expected to also power an upcoming Ferrari model. It will deliver approximately 373kW in the Ferrari with twin-turbo setup, but its output will most certainly be pared back in the Alfa.

The new Alfa Romeo Giulia (name not confirmed) will be unveiled on 24 June at the Expo Milan.