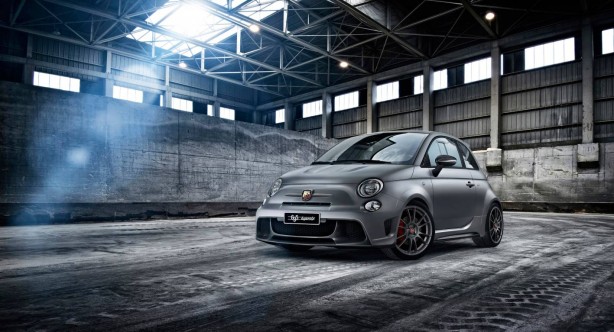 The meanest Abarth ever is locked and loaded for its Australian debut, with devoted enthusiasts of the Italian brand able to order the Abarth 695 Biposto through Fiat dealers now.

The 695 Biposto is officially the fastest street-legal Abarth ever produced. Weighing just 997kg, the 695 Biposto is powered by a 1.4-litre turbocharged four-cylinder T-Jet engine tuned to produce 140kW and 250Nm. Boasting a power-to-weight ratio of 5.2kg/hp, the 695 rockets from zero to 100km/h in 5.9 sec, en route to a maximum speed of 230km/h.

It’s also the first time a street-legal production car has been offered with a race-ready gearbox featuring dog rings derived from racing, making upwards gear changes so rapid that expert drivers don’t need to use the clutch. The gearbox features an all-aluminum turret with H-configuration gear selection, which Abarth claims is “worthy of a true supercar”. 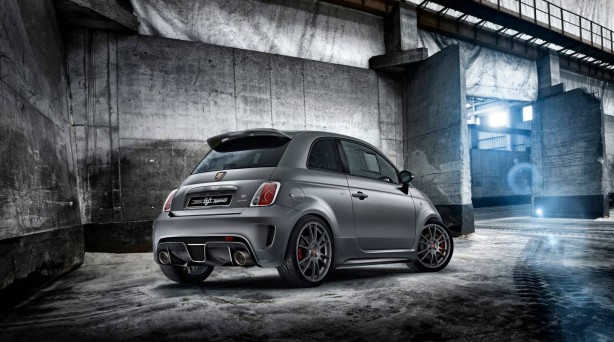 Its racing set-up is completed by the front fixed windows with polycarbonate sliding panels and its lightened 18-inch rims by OZ fitted with 215/35 R18 tyres.

The racing spirit of the 695 biposto continues with the rear titanium roll bar by Poggipolini, a company renowned for extremely high-precision machining and for structural and weight-reduction solutions.

Finally, the 695 Biposto is equipped with a data logger from MLX, world leader in data acquisition and display technology for motorsport and racing, to track lap and acceleration times with pin-point accuracy. 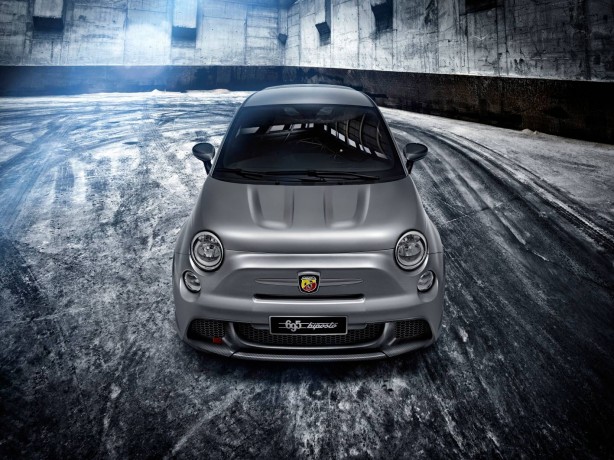 Being a hot Fiat, and like the Abarth 500 and 595, the 695 Biposto gets a wider front and rear bumpers, beefier side skirts and bigger rear spoiler, enhanced by carbon fibre inserts. The car also sits closer to the ground with its sports suspension.

The bodywork is characterised by a brand-new textured-effect Matt Grey colour, and further lifted by titanium finishes for the front bonnet trim, door handles and tailgate and rear handle. The metal also features on the hub caps, wheel bolts and water, oil and fuel caps.

The bonnet has a specific design with two bumps, inspired by the classic 124 Abarth, and is made of aluminium, a homage to the cars of the past and as a technical solution to reduce the weight of the car. The mirror and post covers are made of carbon, which also provides an aesthetic link between exterior and interior, with its carbon dashboard fascia inserts, front and rear panels, central tunnel cover and handbrake.

The rear compartment features an anti-intrusion net for securing luggage and the four-point seat belts are also attached to the roll bar. 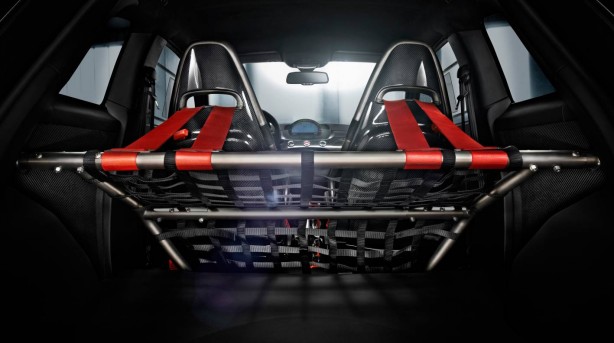