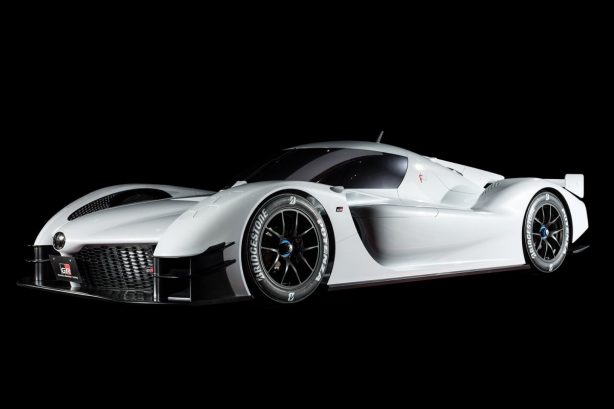 Toyota has taken the wraps off the striking Gazoo Racing GR Super Sport Concept on the eve of the 2018 Tokyo Auto Salon – Japan’s version of the SEMA.

Toyota’s motorsport division has taken the hybrid technology developed for its TS050 Hybrid race car and packed them into the concept, which is said to preview the future direction of Toyota’s next-generation of sports car.

Beneath the beautifully flowing and original form are a 735kW 2.4-litre twin-turbo V6 engine and a Toyota Hybrid System-Racing (THS-R) powertrain, which have been honed through World Endurance Championship.

With its high-efficiency electric-vehicle system and lean-burn engine, this next-generation super sports car is said to deliver both ultimate power and environmental performance.

“Rather than developing production cars into sports cars, we aim to work out how to incorporate the know-how developed through races and rallies into production cars,” Mr Tomoyama said.

“Although it will be some time before you all have the opportunity to get behind the wheel, I hope that the GR Super Sport Concept will give you a taste of what we aim to achieve with our next-generation sports cars.”

Toyota’s continued participation in the WEC is seen as a highly beneficial and necessary project in terms of developing cutting-edge hybrid systems and EV systems.