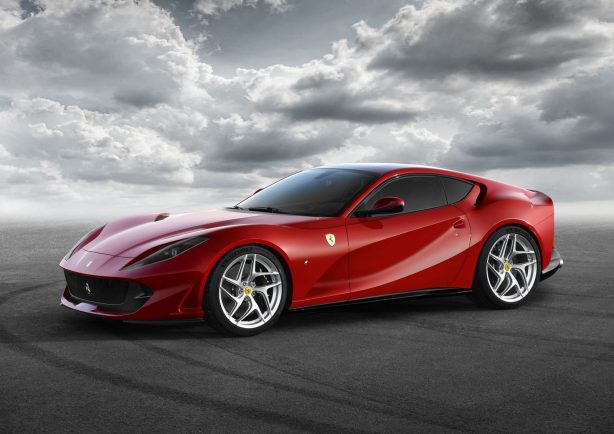 Enzo Ferrari once said “Aerodynamics are for people who can’t build engines“, a testament to the brute straight line power the early Ferrari Grand Prix cars had. The pride in building monstrous engines is still well and truly alive within the company and the Ferrari 812 Superfast benefits with a whopping 580kW from its 6.5 Litre V12 which will give you and anyone listening goosebumps all the way to 8,500 rpm. The new engine is uprated by 200cc in capacity from the V12’s found in the LaFerrari and outgoing F12 Berlinetta. The new engine gets the five star treatment with an improved seven-speed dual-clutch automatic gearbox optimised for quicker and smoother shifts while preserving a crisp throttle response. 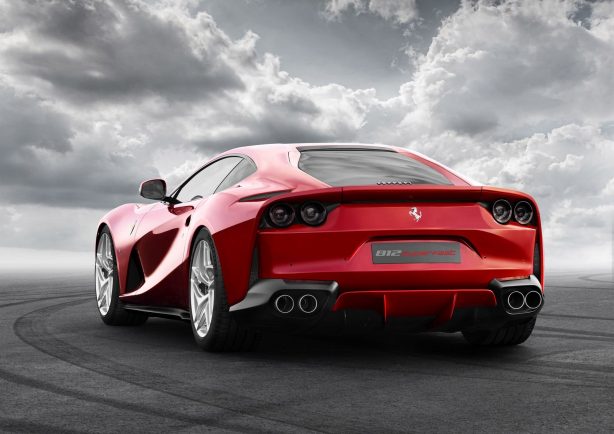 To improve handling and driveability Ferrari have integrated an electric power steering system that works alongside the Slide Slip Control unit as used in other models. Tested and proven in the F12tdf the Virtual Short Wheelbase system also makes its way into the new 812 Superfast which uses the rear wheels to assist steering. 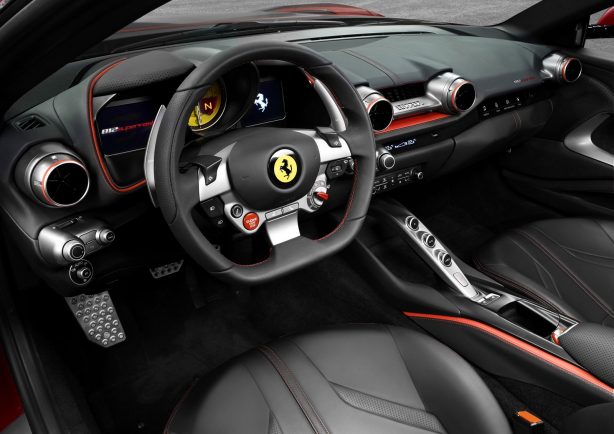 While Enzo Ferrari may have trash talked aerodynamics back when it was considered witchcraft, modern cars from the Italian automaker certainly don’t shy away from the performance advantages gained from engineered implementations and the 812 Superfast is no different. At the front a collection of active flaps work together to improve aerodynamic efficiency while at the rear an aerodynamic by-pass system increases downforce generated.

The official debut of the 812 Superfast is set for the Geneva Motor Show in March next month.