30 Years of the BMW M5 celebrated with special edition 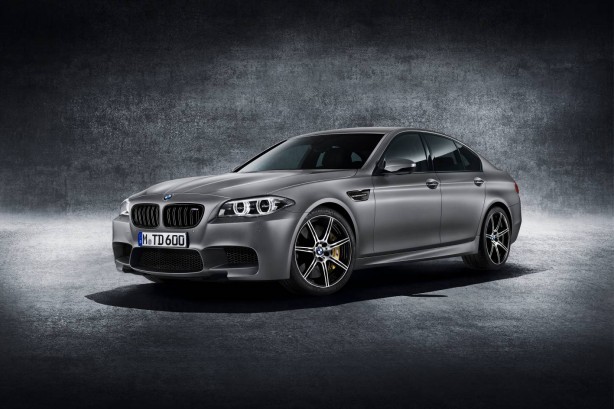 To mark the 30-year anniversary of the BMW M5 – the founder member of the high-performance business sedan segment – BMW has come up with an exclusive, special-edition version of the fifth-generation model boasting performance upgrades that further sets it apart from its stablemates.

At the heart of the limited edition M5 is a twin-turbo 4.4-litre V8 engine churning out 441 kW of power and 700 Nm of torque, an increase of 29 kW and 20 Nm over the standard model. This means the special editon is not only the most powerful BMW M5 ever to emerge from series production under the auspices of BMW M GmbH, but also the most powerful car in the history of the brand.

The family saloon sprints from 0-100 km/h in a supercar taming 3.9 seconds, while returning a combined average fuel consumption figure of 9.9L/100 km. 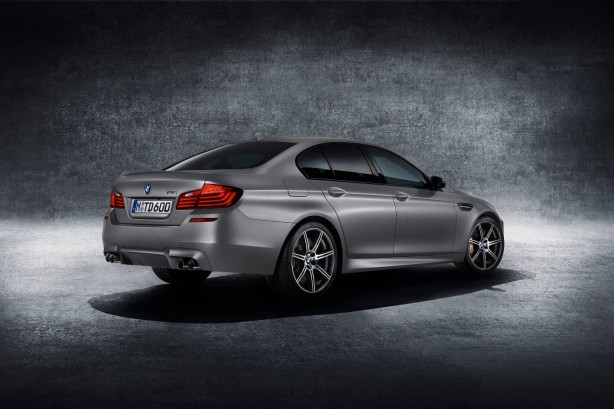 The extra fire power has been achieved through a retuned engine management and an increase in turbocharge pressure.

The foundation for these upgrades was provided by the Competition Package. Conceived to appreciably enrich the handling characteristics of the BMW M5, it can be ordered as an option for the regular model and is part of the special edition’s standard specification.

The Competition Package comprises modifications including a revised chassis set-up with firmer spring/damper tuning and a 10-millimetre drop in ride height. Added to which, the Active M Differential on the final drive gains its own control unit to further improve traction.

Elsewhere, the steering with M-specific Servotronic function has more direct mapping. And the M Dynamic Mode of the DSC (Dynamic Stability Control) system is focused even more keenly on delivering sporty handling. 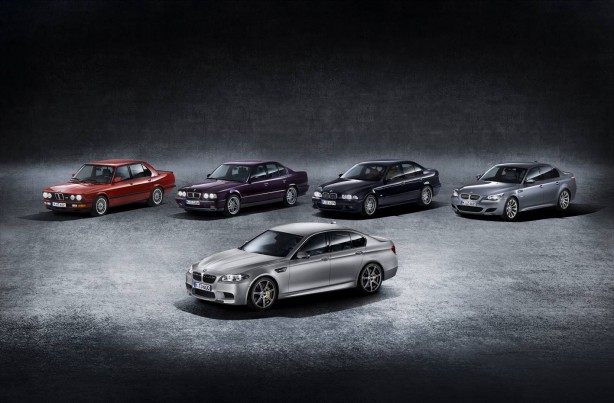 In keeping with the anniversary celebrations which have inspired its creation, the special-edition model has been given the BMW Individual treatment. Exclusive to the limited edition is the Frozen Dark Silver metallic, a softly shimmering matt finish designed to further accentuate the muscular forms of the BMW M5 in particularly impressive fashion.

The kidney grille surround, gills with “30 Jahre M5” badge on the front wing, door handle inserts and twin exhaust tailpipes all come in black chrome, adding subtle yet effective accents to the car’s appearance. The same is true of the 20-inch bi-colour M light-alloy wheels with mixed tyres wrapped in 265/35 ZR 20 tyres at the front and 295/30 ZR 20 for the rears. 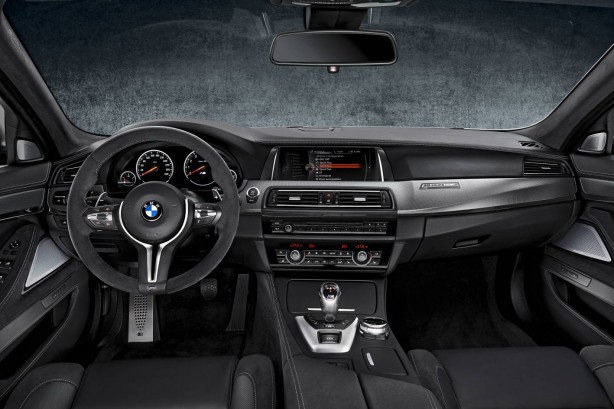 The “30 Jahre M5” logo is also embroidered into the backrests of all four of the high-performance sedan’s seats.