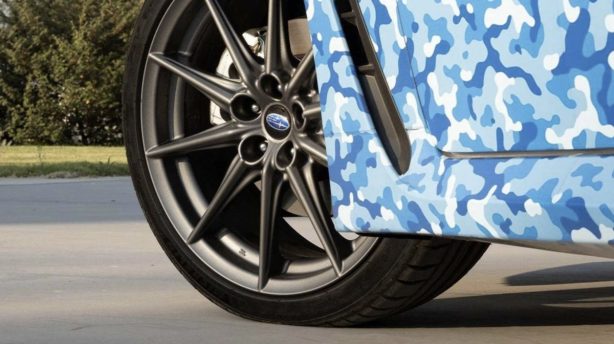 Subaru has dropped a surprising teaser of the next-generation BRZ today, releasing a photo of a camouflaged pre-production prototype.

The teaser shot zooms in on the 2021 Subaru BRZ’s front wheel fender, revealing the new car’s multi-spoke matte grey 18-inch wheel. Also visible is a new air vent just aft of the fender, which opens out to a chunky side skirt.

It’s the first glimpse of the highly anticipated second-gen BRZ in near production form, and from the outset it’s looking pretty promising.

Based on the new Subaru Global Platform (SGP), the BRZ is once again jointly developed in partnership with Toyota, where the Toyota badged model will be launched as the Toyota 86. The BRZ / 86 sports coupe twins will remain front engined and rear wheel drive, but pack more power thanks to an all-new powertrain.

If the 2.4L engine sounds familiar, that’s because it also powers the new Subaru Outback, albeit in the SUV it’s strapped with a twin-scroll turbocharger. The same FA24 engine is also speculated to find its way under the bonnet of next-gen WRX and WRX STI, tweaked to produce around 220kW and 300kW respectively.

While the turbo is ditched in the version powering for the new 86 and BRZ, we can still expect a healthy power output in the region of 180kW, a significant jump from the current 147kW. While an automatic transmission is a certainty, let’s just hope that a six-speed manual gearbox will continued to be offered.

While it may be still a long way before we see the first photo of the complete car, here’s a rendering from Clicccar to satisfy our curiosity. 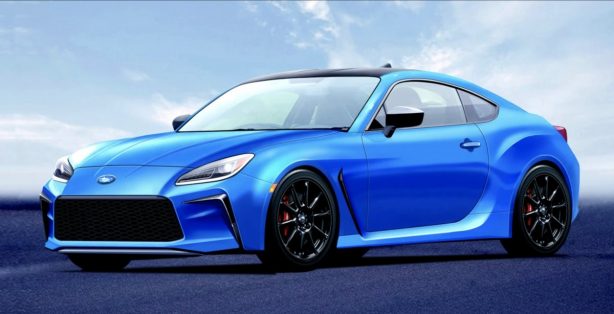