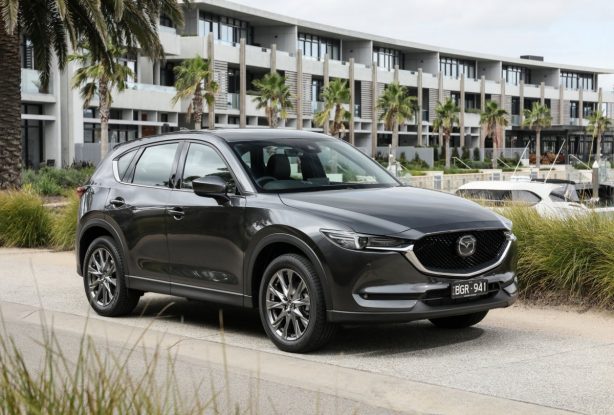 Following a recent report that the next-generation Mazda 6 will adopt a front engine, rear-wheel drive platform shared with the new Toyota Crown, news have surfaced that the 2022 Mazda CX-5 will also ride on a rear-biased all-wheel drive platform adapted from the one that will underpin the new Mazda 6.

As previously reported, the move is part of Mazda’s future road map in which the car company plans to transition from a mainstream manufacturer to a luxury brand. The next-gen Mazda 6 sedan and CX-5 medium SUV will spearhead the initiative, switching to a rear-wheel drive luxury sedan and rear-biased premium crossover respectively. 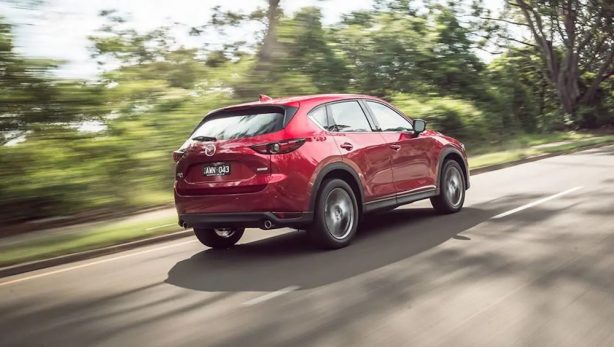 It’s been said that Mazda and Toyota are also collaborating on a new-generation longitudinal in-line six engine that will power both the new Mazda 6 and Toyota Crown. The new engine is also expected to motivate the new Mazda CX-5, pairing with its rear-biased AWD to offer a sportier and more premium driving experience.

Currently, the CX-5 is offered in either front-wheel drive or on-demand all-wheel drive forms, powered by a range of four-cylinder petrol and diesel engines, with the range-topping GT and Akera variants packing a 2.5-litre turbo petrol unit. 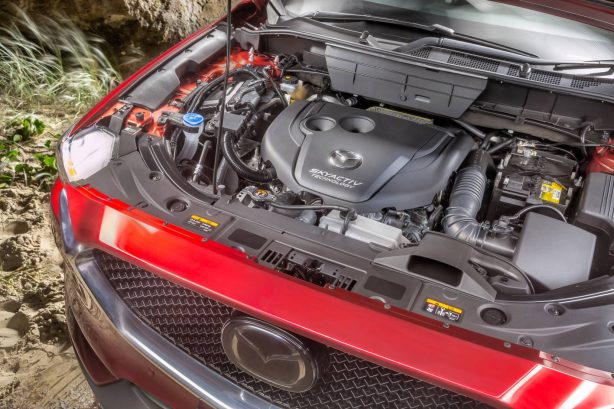 The new in-line six engine in the next-generation CX-5 will likely displace 2.5 litre or 3.0 litres, with the latter offered in a high performance, top-spec grade. Like the new Mazda 6 and Toyota Crown, the CX-5 is expected to also feature an Aisin-sourced eight-speed automatic transmission.

Further down the track from its speculated 2022 debut, we can expect the new CX-5 range to expand to include a 48V mild hybrid variant, with a plug-in hybrid also a possibility.

By elevating to the luxury space, the 2022 Mazda CX-5 will aim to rival the likes of BMW X3, Audi Q5 and Lexus NX. The new Mazda 6, meanwhile, will play against nameplates like the BMW 3 Series, Audi A4 and Lexus IS.