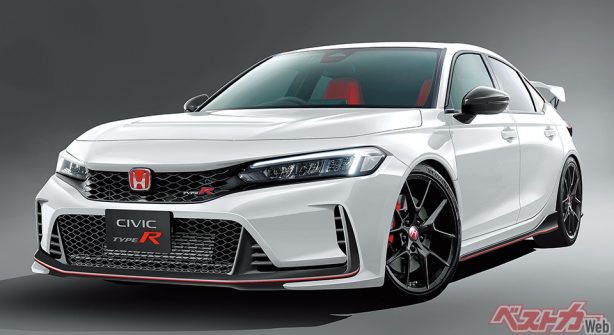 One of the most exciting new cars to launch this year is the highly anticipated Honda Civic Type R. The sixth generation model of the cult hot hatch will again be based on the Civic hatch – currently in its eleventh generation.

The outgoing Civic Type R is already the fastest production front-wheel drive car in the world, but we can expect the new model to up the ante further and unleash an even quicker lap time at the Nurburgring circuit.

Honda’s strategy to electrify its entire model line-up by 2030 means the new Civic Type R may be the company’s last pure petrol powered hot hatch. Technical specs are scarce, but new car is expected to continue the use of a 2.0-litre turbocharged four-cylinder engine with at least 235kW and 405Nm. The current model produces 228kW and 400Nm.

Like the current model, the new car will be exclusively offered with a six-speed manual transmission that channels power the front wheels. 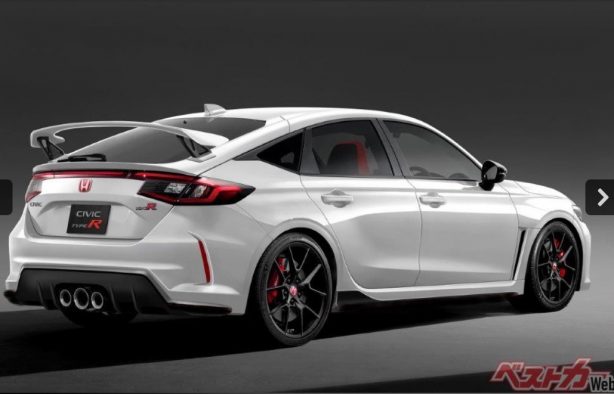 A racy bodykit will set the Civic Type R apart from its Civic hatch donor car, though unlike the current tacky design, the new styling will take on a more refined and mature approach.

So far, Honda has kept the new car tightly wrapped up in camouflage, but that didn’t stop Japanese publication BestCarWeb from cooking up these superbly realistic rendering of the hot hatch.

The front bumper sports enlarged intake and an integrated splitter, while the rear replaces the current towering spoiler with something much sleeker and less bulky. The air vents behind the front fenders are once again making an appearance, so are the trademark triple exhaust tips and 20-inch wheels.

We like what we see here, and we can’t wait to see the real thing.