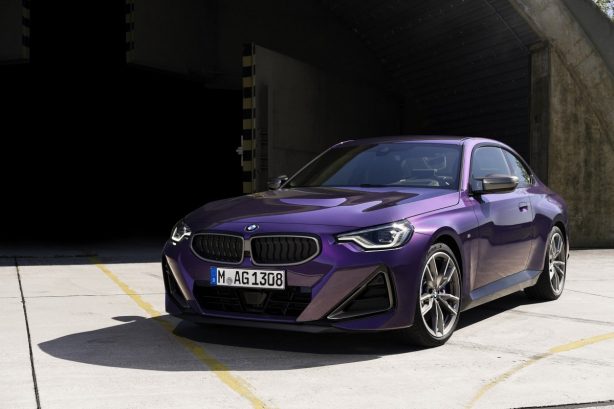 The all-new 2022 BMW 2 Series Coupe has been unveiled ahead of its official debut at the Goodwood Festival of Speed.

Sporting a sleek new look that looks more muscular than ever before, the new 2 Series Coupe is, thankfully, not plagued by the bucktooth grille of the larger 4 Series.Instead, featuring a decently sized grille that is flanked by a pair of sweptback headlights, along with angular air intakes.

Side on, those pumped out wheel arches give the entry-level coupe a seriously muscular stance that looks even better than it’s larger sibling. 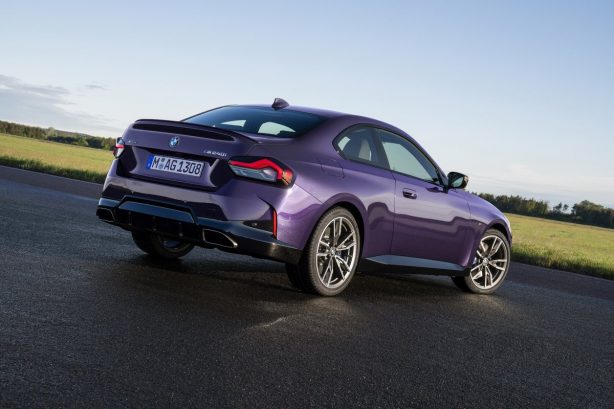 Moving to the back, there is a clear continuity in design from its predecessor, especially in the taillights, albeit with different light graphics.

The M240i shown here gets a more aggressive front bumper than the standard model, along with a cerium grey grille surround and M-like mirror caps. 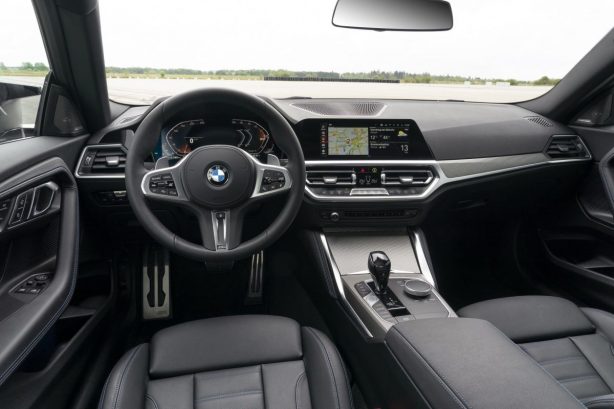 Inside, the new 2 Series’ interior is a big step up from the outgoing model with higher quality materials and a more modern design.

Overseas models come standard with analogue gauges and an 8.8-inch infotainment system but can be optionally equipped with a 12.3-inch digital instrument cluster and larger 10.25-inch infotainment screen. Both run on BMW’s iDrive 7 operating system instead of the newer iDrive 8 in the iX.

Nevertheless, wireless Apple CarPlay and Android Auto, and BMW’s Intelligent Personal Assistant are standard. The latter responds to natural language and can learn routines, such as automatically lowering the driver’s window at a carpark entrance. 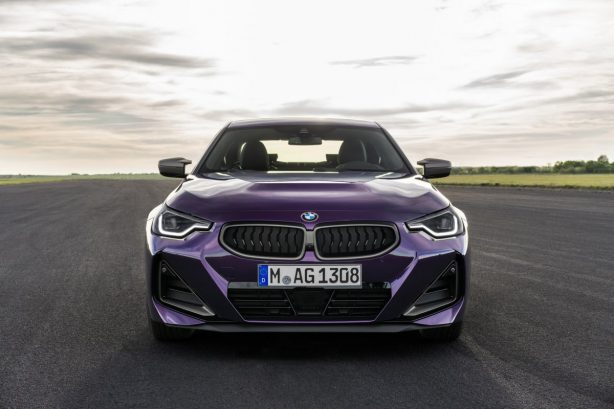 Meanwhile, the M240i xDrive Coupe is motivated by a 3.0-litre TwinPower turbocharged six-cylinder engine generating 275kW (369hp/374PS) and 500Nm (369 lb-ft) of torque. It’s connected to an eight-speed automatic and a rear-biased all-wheel drive system with an M Sport rear differential. 0-100km/h is taken care of in just 4.3 seconds, while top speed for both models is limited to 250km/h.