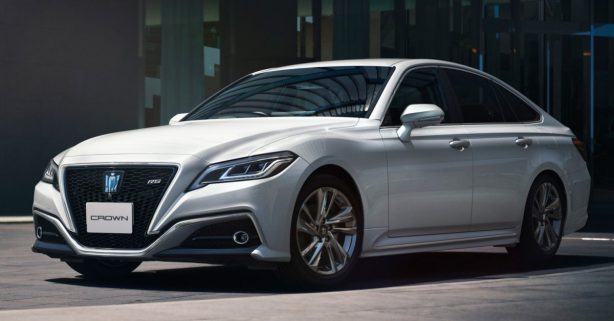 The 15th-generation Toyota Crown has come in for a facelift in its home market of Japan. What facelift, you might ask?

Indeed at first glance, you’ll be hard pressed to spot the difference between the MY2021 and MY2018 original, as the regal look remains unchanged, while under the bonnet, you still get a choice of two electrified powertrains. 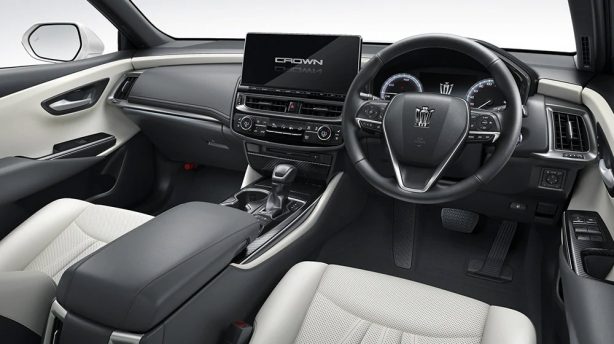 However, it’s on the inside that Toyota has spent most of its renovation budget, as the previous split-screen setup has been replaced with a massive 12.3-inch touchscreen. Equipped with Toyota’s T-Connect services as well as a range of media playback options, including Apple CarPlay and Android Auto.

To accommodate the new infotainment screen, the facelifted Crown gets horizontal air vents in the middle of the dashboard, with the climate control panel – and the return of knobs and buttons – placed below them. Toyota had previously used a seven-inch touchscreen for the climate control but ditched the setup to make it safer to drivers to adjust the temperature without taking their eyes off the road. 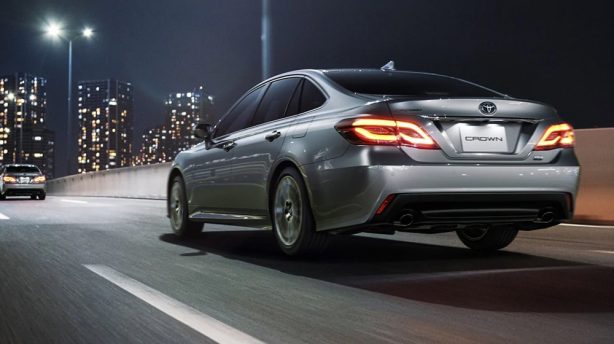 Back to the exterior, Toyota says the updated Crown gets new exterior finishes and wheels, as well as improved safety and driver assist systems. The latter includes Curve Speed Reduction function for the Dynamic Radar Cruise Control system, AEB with improved pedestrian and cyclists detection and emergency steering avoidance.

Underneath the bonnet, buyers get a choice of 3.5-litre V6 producing 220kW and 356Nm of torque, or a 2.5-litre four-cylinder with 135kW and 221Nm, both with the aid of an electric motor and lithium-ion battery. There’s also a non-hybrid 2.0-litre turbocharged four-cylinder generating 180kW and 350Nm of torque. The powertrains can be paired with either rear- or all-wheel drive.