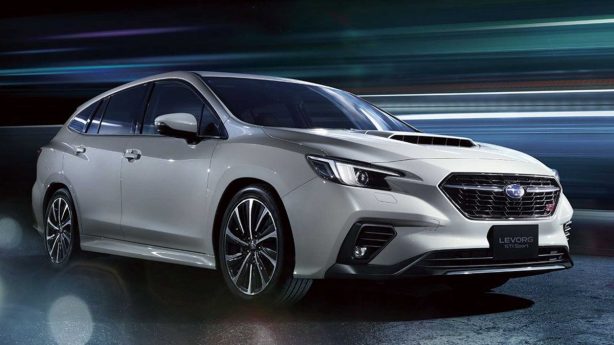 The second-generation Subaru Levorg has been officially unwrapped and, as expected, it looks nearly identical to the Levorg concept. The Japanese brand is not known for bringing concept design to reality, so this is a certainly a very good thing.

Like its predecessor, the Levorg will continue to be a niche model for Subaru, but the technologies it’s bringing will most certainly be filtered down to upcoming Subaru models, such as the next-gen WRX, Forester facelift and new Outback. 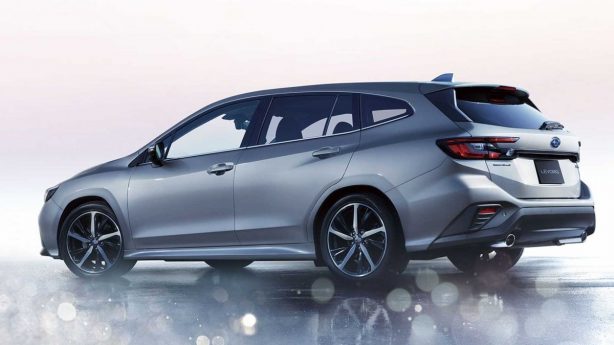 And the tech is some of the most impressive we have seen from Subaru in a while. Starting with the interior, the new Levorg sports a large Tesla-style centre touchscreen for its infotainment system. The portrait-oriented 11.6-inch touchscreen takes up almost the entire centre console and is segmented into sections. The climate controls are now part of the touchscreen, so are the multimedia functions.

But the large centre screen is not the end of it, as the Levorg also debuts Subaru’s first fully digital instrumentation cluster. Taking up the entire instrument cluster, the full colour, high clarity 12.3-inch digital screen serves up various driving and navigation functions, including an integrated map view.

The advanced display is not just for the sake of it, as it’s necessary for another major Subaru debut – semi-autonomous driving. Yup, the new Levorg features self-driving functions such as automatic lane change on the freeway, automatic speed reduction for corners and tollgates, lane-tracing and centering, and hands-free driving in traffic jams. It works by not only using the onboard sensors and cameras, but also map and GPS data.

Subaru’s updated Eyesight X safety suite will keep things in check, even under semi-autonomous driving, ensuring a peace of mind. The rear view mirror has also gone digital, displaying a wide angle view of the back using a rear mounted camera. 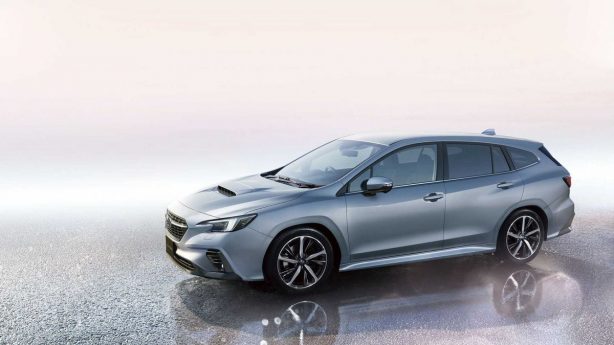 Along with the driving assistant and interior tech, the powertrains are also expected to make it across to other Subaru models. Under the bonnet of the new Levorg is a new 1.8-litre turbocharged four-cylinder boxer petrol engine rated at 130kW/300Nm. It’s paired with an improved CVT automatic with ‘eight’ speeds.

Engine details of the upcoming Levorg STI Sport are yet to be confirmed, but expect the performance variant to receive a 2.4-litre turbo-petrol four-cylinder boxer unit with 221kW/400Nm. This same engine is also expected to motivate the next-gen WRX sports sedan, as well as the next WRX STI. The latter uprated to produce around 298kW/489Nm.

The new Subaru Levorg has been confirmed for Australia, with full pricing and specifications to be revealed closer to local launch.