The all-new 2021 Mitsubishi Outlander has been officially unwrapped. Boasting a fresh new design that isn’t too different from the concept that Mitsubishi teased us last year, the new Outlander looks bold, modern and even upmarket.

The brand’s ‘Dynamic Shield’ front fascia makes a return in the new Outlander, albeit refined and modernised for a more contemporary appearance. The floating roof is a new design feature for the nameplate, while those new style 20-inch wheels are the largest ever fitted to the medium SUV.

At the rear, the styling adopts a simplistic approach, with the tailgate characterised by clean cut lines and stretched taillights that emphasised width. 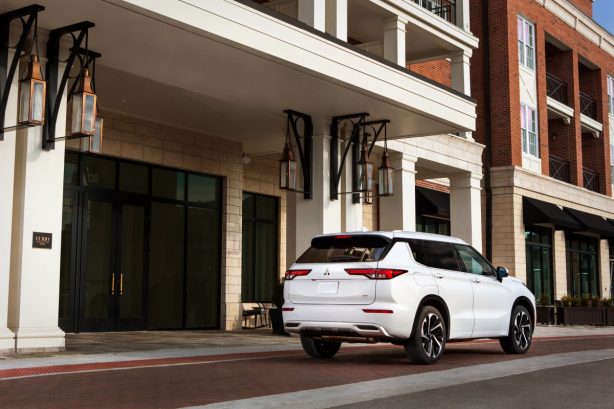 But the highlight of the new Outlander is no doubt the revamped interior, which won’t look out of place in a luxury car costing much more. The layered dashboard features neat leather stitching, while the centre console and door cards boast rich and deep gloss black trims.

According to Mitsubishi, roominess and comfort in the three-row 7-seat Outlander have been improved by widening the body and increasing the legroom of the first and second-row seats. Comfort is further boosted with features such as seat heaters, 3-zone automatic climate control, and rear door sunshades, all of which are available depending on the trim level. 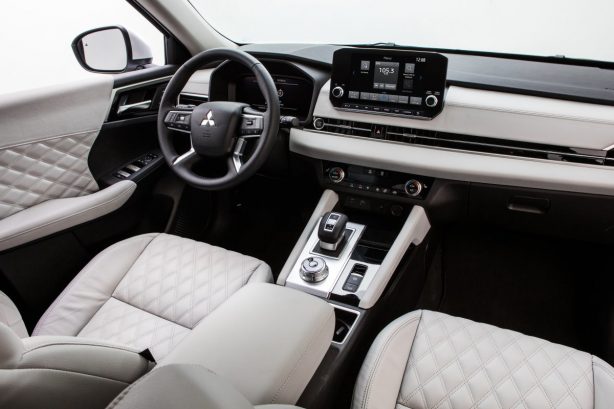 In terms of tech, the new Outlander benefits from Mitsubishi’s alliance with the Nissan-Renault group, sourcing from the alliance a new, Mitsubishi-first 12.3-inch full digital driver display, along with a 9-inch centre infotainment display and huge 10.8-inch head-up display (HUD). Apple CarPlay and Android Auto are standard, while a 10-speaker Bose premium audio is equipped on premium model.

Technical specification on the newly developed 2.5-litre petrol engine remains scarce at this stage, but the car maker claims it’s 8.9 percent more powerful and 2.6 percent more fuel efficient than the previous powerplant. An 8-speed multi-stage CVT that is tuned for faster and more linear off the line acceleration is used for the transmission. 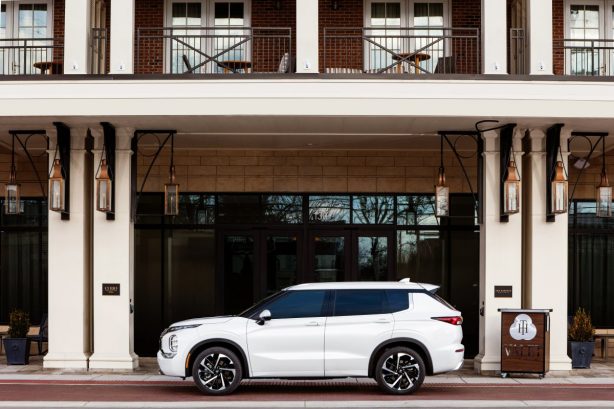 Like before, both front-wheel and all-wheel drive variants will be available, with AWD models equipped with an improved Super-All Wheel Control system (S-AWC) for better torque distribution and traction in off-road driving.

The 2021 Mitsubishi Outlander gears up for sale in North America in April 2021, with Australia to follow later this year.