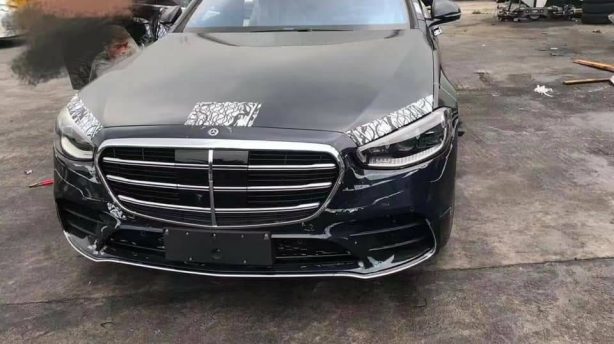 The all-new 2021 Mercedes-Benz S-Class has been spied almost fully undisguised, revealing its fresh styling inside and out.

Shared on Twitter by Ray Chen, the images show an evolutionary front styling with a wider Mercedes grille flanked by a pair of slimmer headlights. 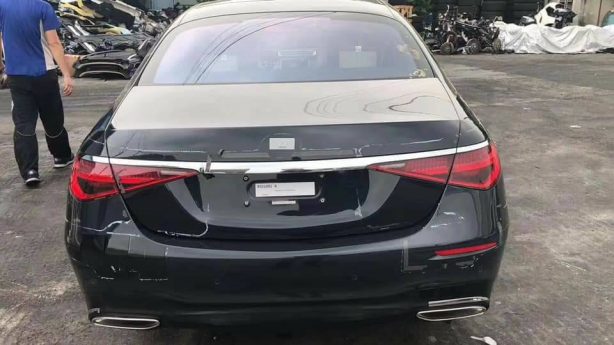 Around the back, the changes are slightly more significant, with a pair of horizontal taillights connected by a chrome strip that runs the entire width of the car. Further down, we spot what look like tailpipe finish but it remains to be seen whether they are real or fake.

It’s a different story inside, where the new S-Class’ interior is a big departure from the outgoing model. There’s a huge Tesla-esque portrait style infotainment system taking pride of place on the two-tier dashboard, along with a relatively large digital instrument screen behind the new three-spoke steering wheel. 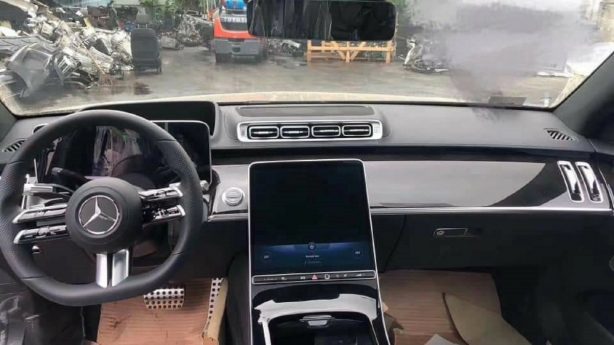 Given the lack of physical buttons on the dash, the central display will likely be used to control most functions in the car.

Like the new Lexus LS, rear seat passengers also get their own touchscreen nestled in the centre armrest to control various functions from the back, while the leather seats feature a quilted pattern for a more luxurious vibe. 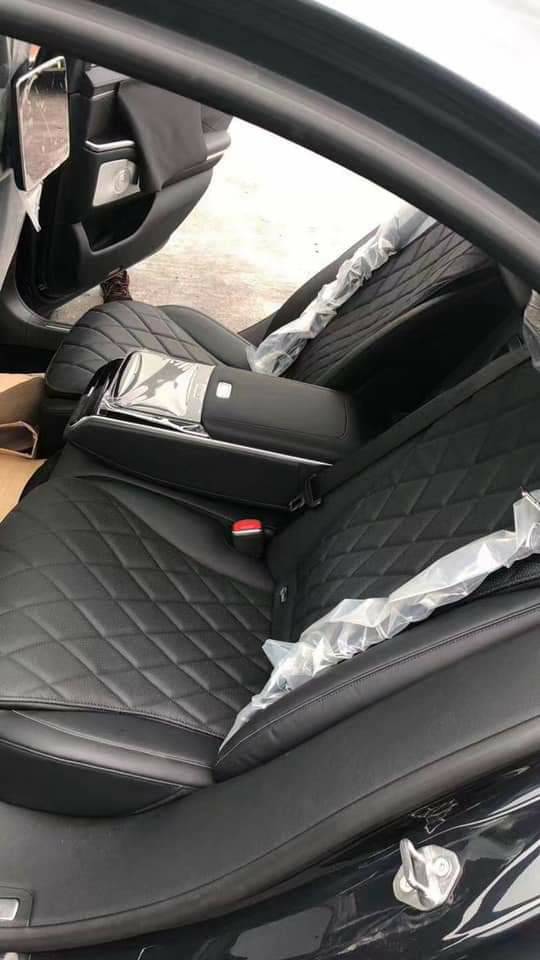 Based on the MRA II platform, the all-new S-Class is expected to be slightly bigger than the current model and feature Level 3 autonomous driving where permitted by law. It also gets active suspension along with rear-wheel steering for improved ride and handling.

Under the bonnet, we can expect some sort of electrification, along with mild-hybrid and plug-in hybrid powertrains, as well as a V12 for the range topper.

The 2021 Mercedes-Benz S-Class is anticipated to make its debut in September.