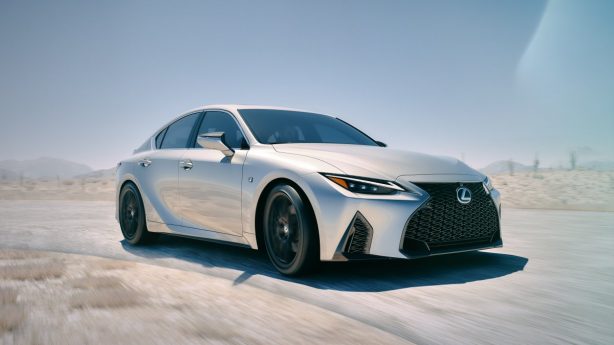 The intensively updated 2021 Lexus IS has made its global debut revealing a dramatic exterior redesign, enhanced dynamics and added technology.

Arriving in Australia in late 2020, the new IS is more of an evolution of the outgoing third-generation model than an all-new model. It reimagines the sports sedan concept with a low and wide stance, the sleek proportions of a four-door coupe, slimmer headlights and a lower, sharper side character line that combine to express an overall sportier and more premium appearance. 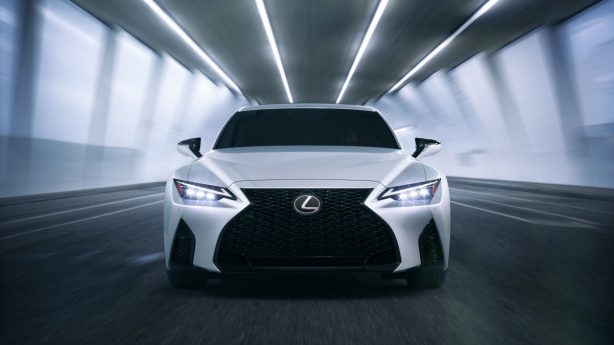 Toward the rear of the new IS, muscular rear guards and optional 19-inch alloy wheels combine to create a fast and aggressive look. This is further emphasised by single-blade rear combination lights sporting an “L” motif and a sharper overall contour created by the character line around the bootlid.

Body rigidity is enhanced in the new IS by reinforcing radiator side supports, increasing the number of front-side-member weld points and optimising structures from the rear-quarter pillars to the sides of the roof, among other areas. 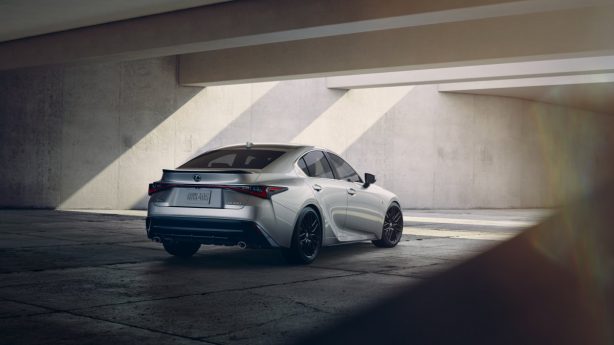 In contrast to the exterior, changes to the cabin aren’t as dramatic. Highlights of the update include the new 10.3-inch display screen which has been moved closer to the driver and features touch-functionality, and Apple CarPlay and Android Auto compatibility.

The renewed ambience of the IS cabin includes a new form of Lexus decorative expression for part of the door trim, which features a graphic pattern of embossed intersecting lines, new accents in surface treatments and decorative ornamentation finished for the first time in Ash – open-pore black, Black Geometric Film, or F Sport-exclusive Satin Chrome. 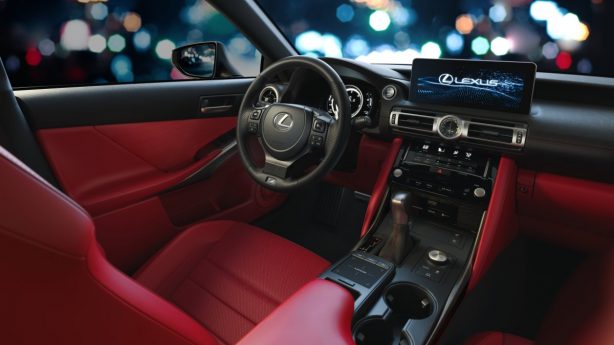 Lexus says the new IS’ rear-wheel-drive handling is honed at the company’s new technical centre in Shimoyama, Japan, where the purpose built test track was also used to test new technology fitted to the 2021 Lexus IS including more advanced Lane Tracing Assist, and new Driver Emergency Stop Assist and Emergency Steering Assist. 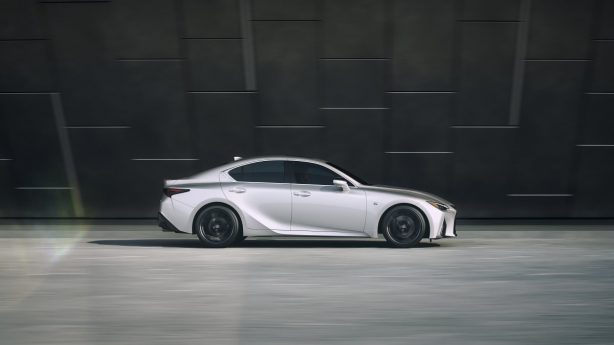 Among the IS’ new chassis improvement is a new swing-valve shock absorbers with ultra-low-velocity valves that respond to even minor road irregularities, generating the “most appropriate damping force” for optimum traction and ride comfort.

The availability of new-design 19-inch tyres promises improved cornering performance. Hub bolts are used to fasten the wheels, resulting in tight handling and braking due to increased fastening strength and reduced mass.

Lexus claims that the enhanced body rigidity has further aided in the elimination of unwanted noise and vibration while improving ride comfort, as well as enhancing steering response. Improvements have been made not only in the greater responsiveness of the steering but also the controllability and smoothness upon “returning to centre”.

With available 18-inch wheels (comparative to the previous IS F Sport) the latest Lexus sports sedan rides on a 45mm-wider front track and 50mm-wider rear track. 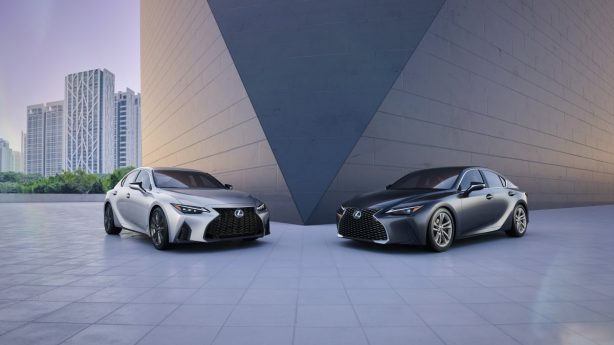 Full pricing and specification of the 2021 Lexus IS will be announced closer to local launch in Q4, 2020. 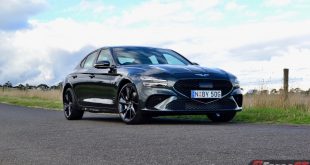