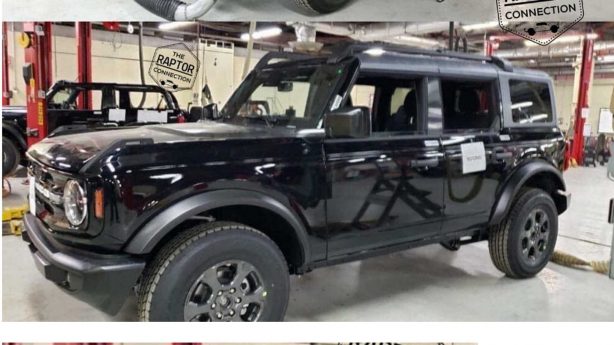 The upcoming Ford Bronco has been leaked online by enthusiast site, Bronco 6G ahead of its launched scheduled for the second quarter of this year.

Caught in both four-door and two-door guises, the 2021 two-door Bronco appears to be shot with a more aggressive set of tyres compared to the four-door, while its styling also aligns more closely with the classic Bronco. 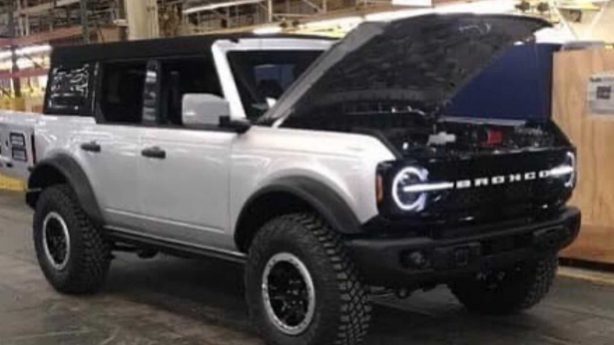 Both variants appear to have separate removable roof sections while some reports suggest the doors are removable, too.

Certain exterior styling could also provide a hint to the Bronco’s technical details, such as the subtle bonnet bulge which has been rumoured to house a 2.7-litre twin-turbo V6 petrol engine that is connected to a 10-speed automatic transmission. It’s the same powerplant found under the F-150 pick-up truck where it produces 242kW. 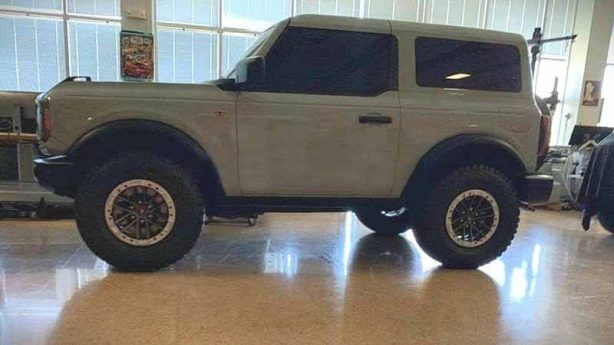 Some innovative features expected to debut in the new Bronco includes airbags that can be repacked following deployment to allow the driver to manoeuvre the vehicle out of harm’s way.

While the 2021 Bronco might be based on the same ladder chassis architecture as the Aussie-developed Ford Ranger, we are unlikely to see the Jeep Wrangler rival in Australia as Ford’s local says it’s not interested in the Bronco because the Ranger is selling so strongly here. Further, there are no plans for right-hand drive version of the Bronco.