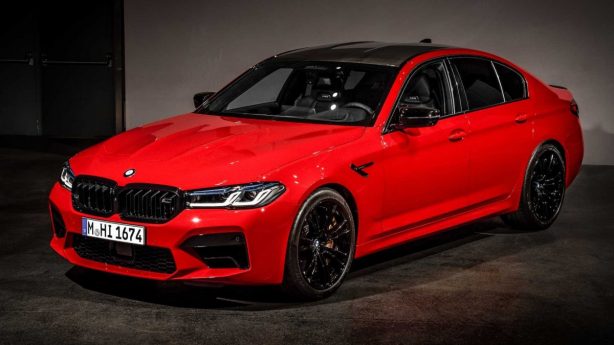 The facelifted 2021 BMW M5 has made its official debut sporting a new look and updated technology.

Like the wider facelifted 5 Series range, the high-performance model features a revised kidney grille that drops further down into the front apron, complimented by a pair of tweaked headlights with different daytime running lights.

The new front bumper now has bolder contouring and larger air intakes to deliver a more aggressive look while adding to cooling performance. 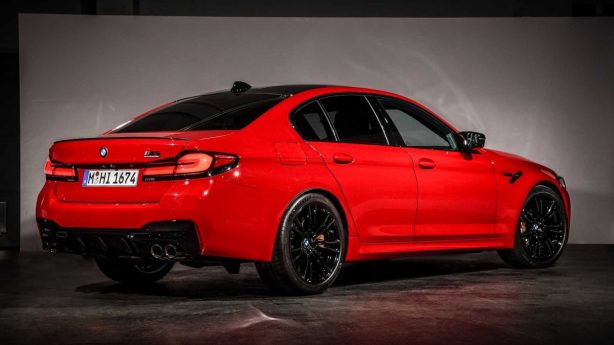 At the back, the facelifted model gets new three-dimensional LED taillights, along with a restyled rear bumper that houses a large diffuser. 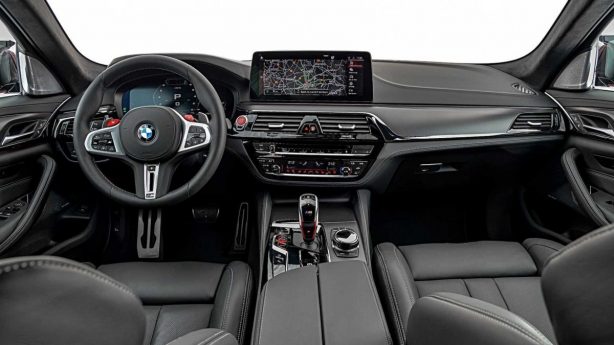 Inside, the new M5 features a larger 12.3-inch infotainment system that heralds the arrival of Android Auto and cloud-based navigation, along with revised upholstery and an updated centre console with two new buttons that provide easy access to vehicle settings and the M mode.

The new M5 will continue to be powered by the outgoing model’s high-revving, 4.4-litre twin-turbo V8. Like before, Australia will only be getting the M5 Competition, which means 460kW and 750Nm of torque. It’s connected to an eight-speed automatic which sends power to a rear-biased all-wheel drive system with 2WD, 4WD and 4WD Sport modes.

0-100km/h is accomplished in just 3.3 seconds before it races to 200km/h in a staggering 10.8 seconds. The M5 Competition has a top speed of 305km/h, thanks to the M Driver’s Package which is standard on Australian-delivered models. 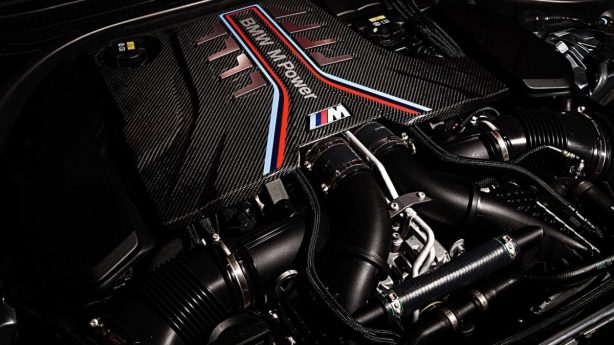 Meanwhile, its brake system is headlined by M Compound brakes that feature perforated, inner-vented brake discs and six-piston fixed calipers bearing the M logo at the front and single-piston floating calipers with an integrated parking brake at the rear.

As well as the standard blue painted finish, the calipers can now be finished in high-gloss black or high-gloss red as an option.

The new BMW M5 Competition will arrive in Australia this October, with pricing and full specification announced closer to launch.