The new 2.0-litre turbocharged TFSI petrol engine that powers both the S3 variants produces 228 kW (310 PS) and 400 Nm of torque, 15 kW and 20Nm more than the previous-generation S3. Driving all four-wheels via Audi quattro and seven-speed dual clutch S tronic gearbox, the sprint from 0-100km/h is despatched in just 4.8 seconds, which despite the slight increase in power output, is identical to before. 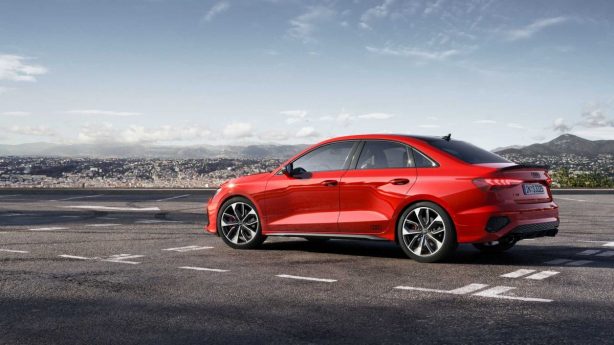 The new S3 is underpinned by a MacPherson strut front axle and four-link rear axle suspension. It rides 15mm lower than the regular A3 models. There’s also progressive steering. Like before, 18-inch wheels are standard, with 19-inch wheels available as an option. 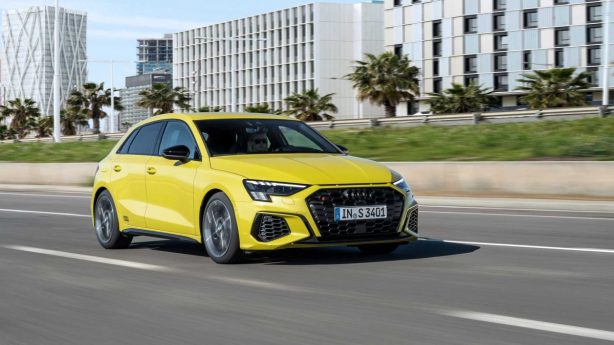 Compared with the previous generation, the new S3 has grown in size. The Sportback and Sedan are 30mm and 40mm longer respectively, while both models are 30mm wider.

The interior is claimed to offer greater shoulder room and elbow room. Strangely, the new car’s boot is smaller than before, with the Sportback offering 325 litres of cargo space, down from 340 litres, while the sedan’s 370 litres of capacity is quite a drop from its predecessor’s 425 litres. That said, the rear seats can now slide forward to make way for more cargo space. 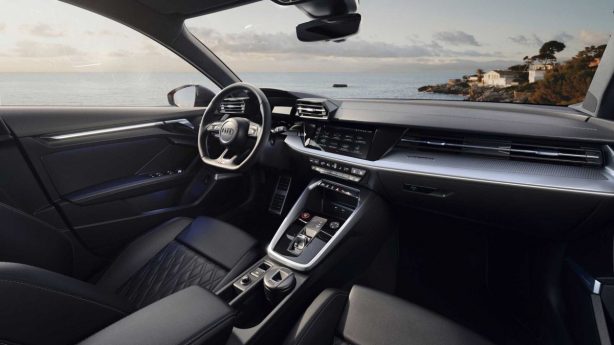 The cabin of the new S3 has been completely redesigned, adopting the sleek new dashboard featuring an electronic shifter, multiple digital screens and aluminium or carbon inlays.

In car entertainment is taken care of by a 10.1-inch MMI touchscreen system with significantly improved connectivity, especially with the optional MMI Navigation plus system. Audi says the third-generation modular infotainment platform is 10 times more powerful than that of its predecessor.