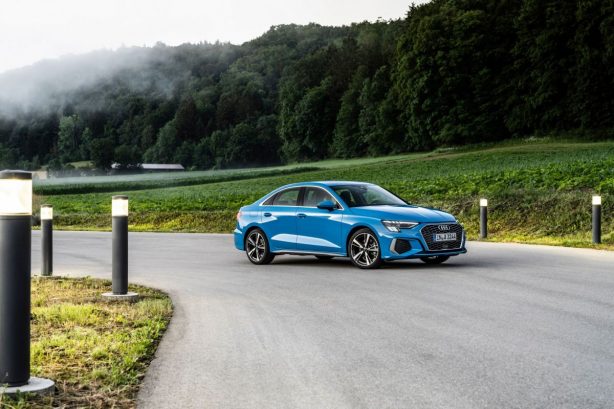 The all-new 2021 Audi A3 Sedan S line has made its official debut ahead of its showroom arrival in Europe.

Like its hatchback sibling, the new A3 Sedan is sportier and more connected than ever before. Based on the MQB Evo platform which also underpins the Volkswagen Mk8 Golf and Skoda Octavia, amongst others, the A3 sedan certainly looks sharp, if not sharper than its already good-looking predecessor. 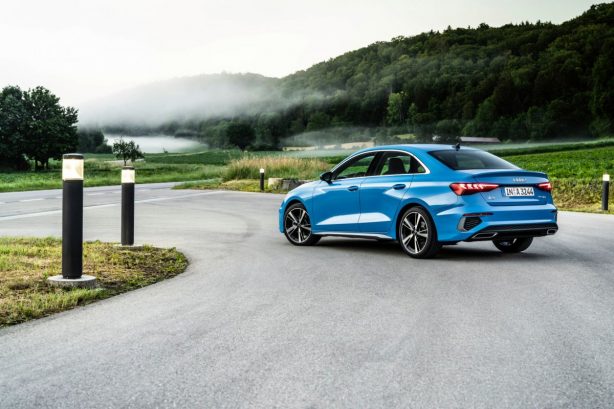 Two cars are shown in the press photos, with the light blue one featuring the sporty S-line package, while the black one (see gallery below) being the Edition One model.

Inside, the 2021 A3 Sedan is a big step up from the outgoing model, adopting the sleek new dashboard first seen in the A3 Sportback featuring an electronic shifter, multiple digital screens and aluminium or carbon inlays. 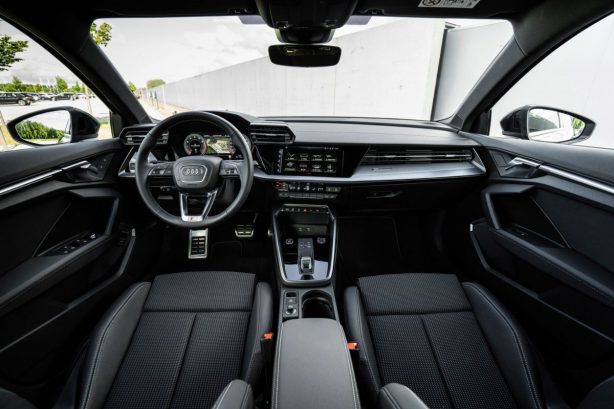 It’s also roomier than before, offering more passenger space although luggage volume remains identical at 425 litres. In a first for the A3, the base upholstery is made of environmentally friendly recycled PET bottles.

In car entertainment is taken care of by a 10.1-inch MMI touchscreen system with significantly improved connectivity, especially with the optional MMI Navigation plus system. Audi says the third-generation modular infotainment platform is 10 times more powerful than that of its predecessor.

Two TFSI petrol engines and two TDI diesels are on offer in Europe. On the petrol front, there’s an 81kW 1.0-litre TFSI three-cylinder matched with a six-speed manual transmission, followed by a 110kW 1.5-litre with either a six-speed manual or seven speed S tronic dual-clutch. The latter can also be had with a 48V mild-hybrid system. 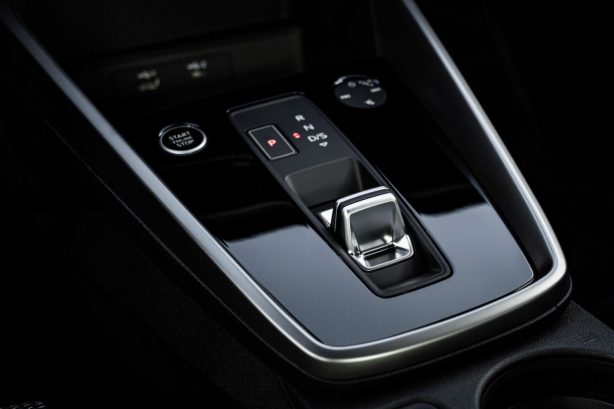 On the diesel front, there’s a 2.0-litre turbo-diesel offering either 86kW or 110kW, with the more powerful engine matched exclusively with a S tronic dual-clutch transmission.

All powertrains are connected to the front wheels at the start of production, with Quattro AWD models slatted to join-in later.

Tags a3 sedan edition one a3 sedan s line audi