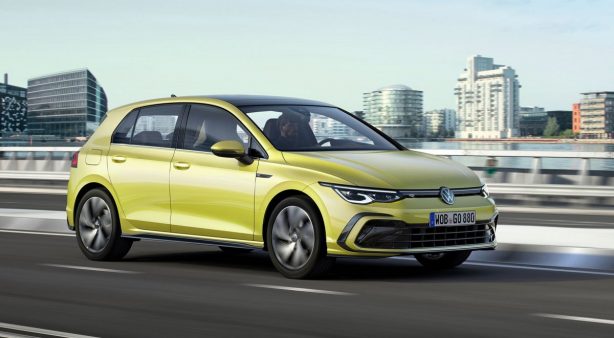 Update: This post have been updated with full official details of the 2020 Volkswagen Golf.

The Mk8 Volkswagen Golf has been fully unmasked ahead of the car’s official debut in Germany tomorrow.

Published by Motor Elpais, the leaked images revealed the highly anticipated model in full and confirmed the undisguised model spotted previously was indeed the rear deal.

Judging from the quality of the images, they are almost certainly official Volkswagen press photos.

As expected, the new Golf is instantly recognisable, continuing the model’s tradition of gentle evolution but also introducing some significant styling changes. The LED headlights are now much slimmer and add eyeliner to the outer edges of the lights. They are joint in the middle by a revised front grille featuring Volkswagen’s new logo. 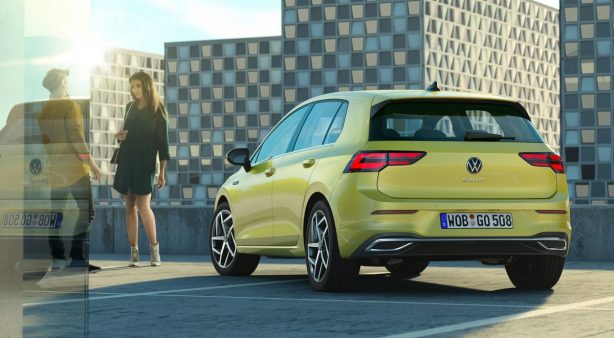 Along the sides, the shoulder line is crisper and cuts through the door handles, while the chunky C-pillar – a Golf trademark – is carried over.

At the back, the Mk8 Golf gains a new tailgate featuring revised LED taillight and the ‘GOLF’ script underneath the badge.

A range of variants are shown in the leaked images, including an R-Line version finished in a colour similar to the current Turmeric Yellow, as well as what appears to be a new white painted GTE. 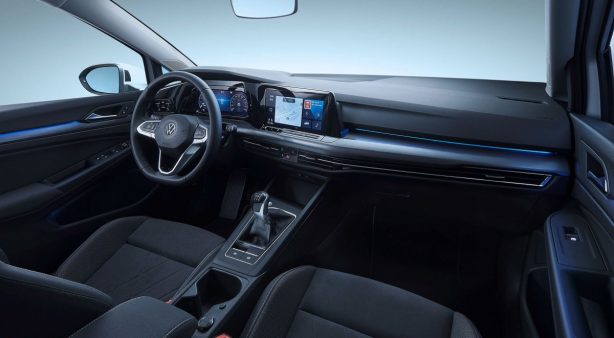 While the exterior changes are relatively mild, it’s a different story inside the cabin. There’s a new steering wheel and fully digital instrument cluster, along with a large freestanding infotainment screen. The dashboard also features a stepped design with mood lighting throughout.

Consistently connected and Car2X as standard
The systems have not only been linked to each other, but thanks to an online connectivity unit (OCU), they have also been connected to the world outside the Golf. The standard OCU featuring integrated eSIM links to “We Connect” and “We Connect Plus” online functions and services. The new Golf is also the first Volkswagen to connect with its environment as standard, via Car2X: signals from the traffic infrastructure and information from other vehicles up to 800 metres away are notified to the driver via a display. The Golf also shares these warnings with other Car2X models. Swarm intelligence is becoming a reality, representing the beginning of a new phase of traffic safety.

The all-new Volkswagen Golf will arrive in Australia mid-2020.