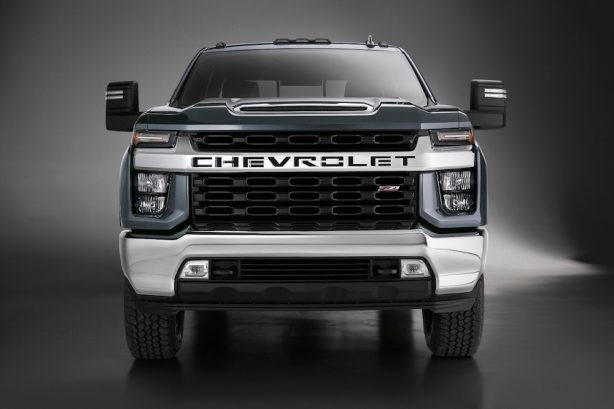 Designed to further separate the heavy duty 2500 from its smaller Silverado 1500 sibling – as if its size didn’t do that already – the big brute now sports an entirely new fascia with a massive, chunky grille and vertical headlight housings that are split by a large chrome slat with the Chevrolet name proudly emblazoned across it.

The rest of the Silverado has been chiseled at to give it a deliberately squared-off look, with barely a curve to be seen anywhere on its slab-sided bodywork. 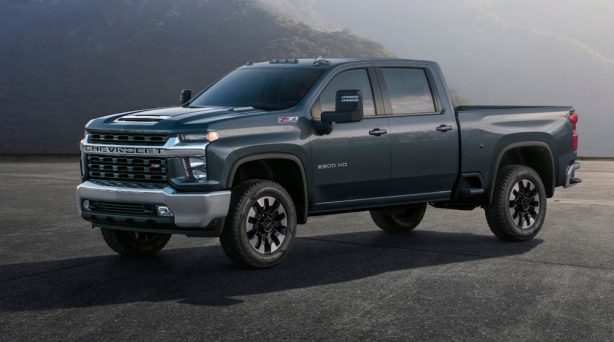 The facelift’s lead designer, Brian Izard, claims that the workhorse Silverado has been deliberately designed to “look like a piece of heavy machinery with modern, chiseled finishes and customer-focused details,” while also adding that the new look is intended to “visually capture the power and capability of the truck.”

Izard did, however, preface those comments by stating that the design team “set out to make a statement with the 2020 Silverado HD.” And make a statement, it certainly does, considering the love it or hate it response to the Silverado’s new clothes online.

While we can clearly see its new looks, other details of the updated Silverado are scant, although it has been confirmed that the revised model will sport new trailer-towing technologies, and increases to towing and payload capacity.

Rather vaguely, Chevrolet has also announced the introduction of an all-new direct injection petrol engine mated to a six-speed automatic – which, with an educated guess, will likely be a V8 – while the current 6.6-litre Duramax turbo diesel V8 which produces 332kW and a whopping 1,234Nm will receive a new Allison 10-speed automatic transmission.

Currently, 2018-spec versions of the Silverado 2500HD and 3500HD models are sold in Australia by HSV, with Holden’s performance arm converting them to right-hand drive in Melbourne.

The revised model is set to debut stateside in February 2019, with it too early to speculate on whether HSV may adopt the new model locally as a replacement for the current Silverado HD models. In the meantime, let us know if you dig the in-your-face new looks or not.