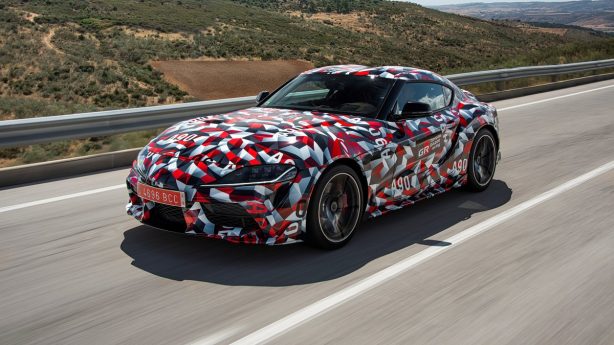 More details regarding the 2019 Toyota Supra – one of the most hotly anticipated cars of the coming year – have been revealed, including what’s on the cards for Australian-delivered models, and Toyota has also hinted at some of its future plans for its upcoming flagship sports car.

Known as the A90, following on from the renowned A80 Supra last sold in 2002, the new model will share a drivetrain and basic underpinnings that are closely linked to the upcoming BMW Z4.

Toyota has today confirmed that Australian Supra models will, upon launch, sport a 3.0-litre inline-six fitted with a twin-scroll turbocharger, as was expected. The minimum amount of power and torque we can expect to see it producing is 220kW and 450Nm respectively, which should help it complete the 0-100km/h sprint in “well under five seconds,” according to Toyota. 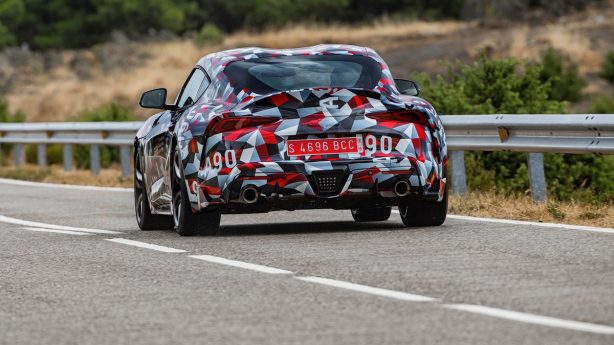 Sending the drive to the rear wheels alone will be an eight-speed torque converter automatic which, while unconfirmed, is most likely the same ZF unit used by BMW. It is claimed that the transmission was chosen for its “shift speed and direct feel,” while the use of a torque converter will alleviate the take-off jerkiness of a dual-clutch transmission.

Helping to put the power to the ground will be an electronically controlled active differential, while perfect 50:50 weight distribution should keep it balanced through the bends.

It has also been confirmed that, like in an increasing number of new performance cars, the Supra will be offered with a ‘drift mode’ that can be used with ESC both on or off to allow for more or less slip angle. 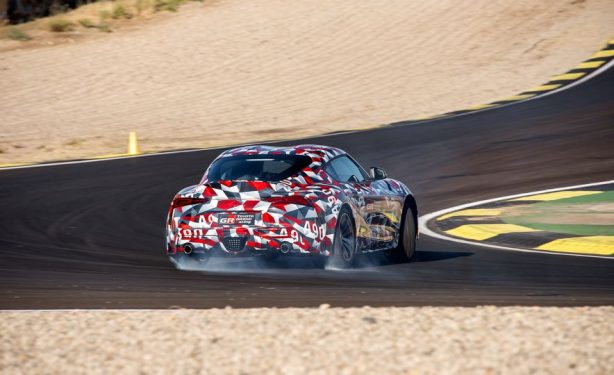 Interestingly, the Supra will be built by Magna Steyr in Graz, Austria, where the Mercedes-Benz G-Class, Jaguar E-Pace and I-Pace, and some BMW 5 Series models are also built.

The A90 Supra will also be the first car with Toyota Gazoo Racing branding locally, with this being the company’s new performance-focussed sub-brand.

As for Toyota’s future plans for the upcoming model, the company is looking to offer more engine options, along with mention of a manual gearbox being fitted to right-hook Supras – if the market for it is there.

While a less-powerful turbo four-pot has been confirmed, assistant chief engineer Masayuki Kai confirmed that the company is “still studying bigger engines and different transmissions,” although amped-up versions of the standard straight-six will be far more likely than a V8 making its way under the Supra’s bonnet as “the weight distribution will be destroyed.” 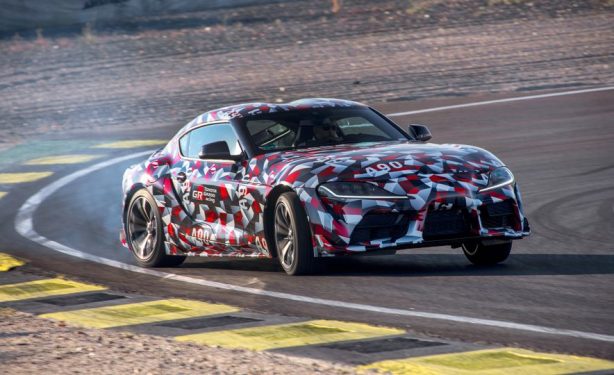 As for the Supra being offered with a DIY-shifter, the hardware is there for it, according to Kai, and it has been engineered to fit in right-hand drive cars.

However, the possibility of it being made available is only likely if the demand is there for it, although strong sales in Australia for manual-equipped Toyota 86s and Mazda MX-5s may help with making a case for it.

The Supra will be officially revealed at the start of 2019, although it won’t be making its way Down Under until later in the coming year.