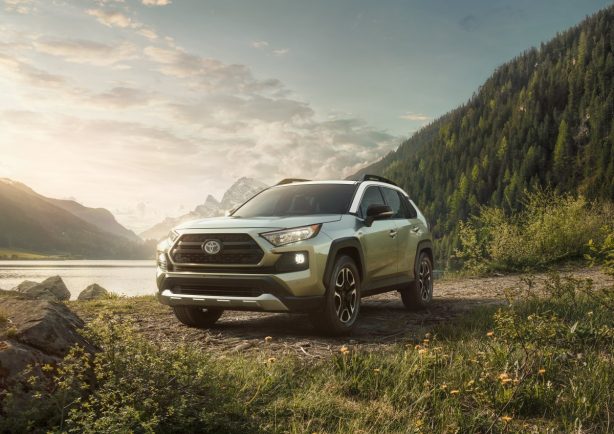 The 2019 RAV4 line-up will include the nameplate’s first ever hybrid variant, featuring the option of a newly developed electric AWD system that combines optimum traction with high fuel efficiency.

A mechanical AWD system is also available in the new range, updated with Toyota’s first dynamic torque vectoring system that apportions torque between the left and right rear wheels as well as between the front and rear axles.

Due in Australia during the second quarter of 2019, the fifth-generation RAV4 will be offered with three new four-cylinder direct-injection engines – 2.0-litre petrol with front-wheel-drive (FWD), 2.5-litre hybrid (FWD or electric AWD) and 2.5-litre petrol (mechanical AWD).

Highlighting the performance credentials of Toyota’s hybrid technology, the most powerful yet most fuel-efficient RAV4 variants will be equipped with 2.5-litre hybrid technology delivering total system output of 155kW.

Buyers choosing the non-hybrid version of this new 2.5-litre engine will have 152kW and 243Nm on tap – almost 15.2 per cent more power and 4.3 per cent more torque than the current engine of similar capacity.

It will be mated exclusively to a new eight-speed automatic transmission, including a lower first gear for improved start-off performance and a much wider ratio spread than the six-speed automatic it replaces.

RAV4 can also be equipped with a new 2.0-litre engine that delivers thermal efficiency of up to 40 per cent. Maximum power has been increased by 18.7 per cent to 127kW and peak torque by 8.6 per cent to 203Nm.

It will come with the choice of a CVT or six-speed manual gearbox that provides rev-matching control for smoother gear shifts. This new CVT features a launch gear for a more linear acceleration from stand still. 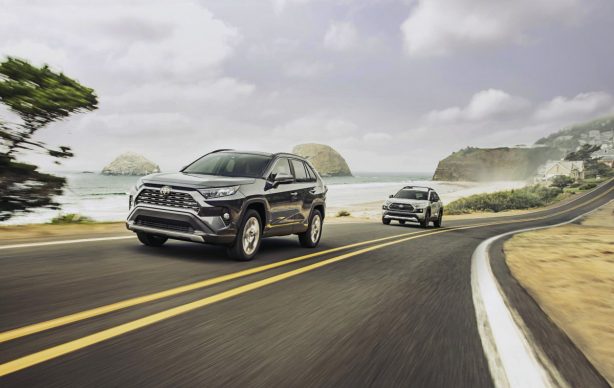 The system efficiently generates drive torque using power from the hybrid system and an additional motor generator on the rear axle, that features gearing optimised for strong torque.

Depending on driving conditions, up to 80 per cent of the available torque can be directed to the rear wheels, delivering more grip such as when pulling away on loose, slippery surfaces.

Hybrid and petrol variants have the same luggage space with the hybrid battery located under the rear seat.

As well as providing up to 50 per cent of the available torque to the rear wheels, the new system introduces independent couplings on the rear-axle output shafts to control torque distribution between the left and right wheels.

When AWD is not required, such as during constant-speed driving, a new disconnect feature stops rotation of the driveline to contribute to lower fuel consumption. 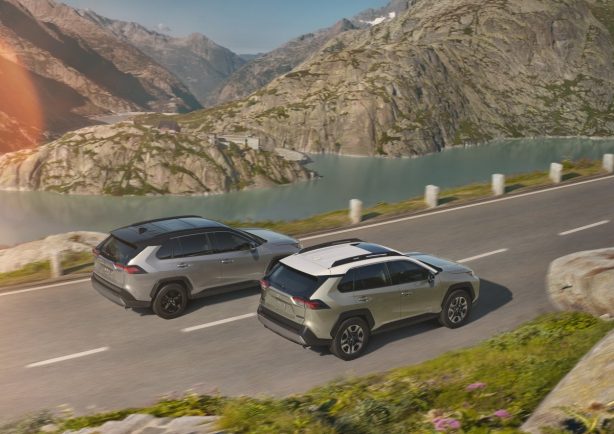 For the mechanical AWD system, a multi-terrain switch enables the driver to select the appropriate settings for mud & sand or rock & dirt.

The hybrid RAV4 with electric AWD is equipped with a new automatic limited-slip differential (auto-LSD), which ensures the best possible grip and control in slippery conditions.

If a driven wheel loses contact with the ground on very uneven terrain, the auto-LSD – activated by a drive mode selector on the centre console – enables the free rotating wheel to be braked and drive torque directed to the grounded wheel. Throttle control and the transmission shift pattern are also adapted to help the driver keep the vehicle moving. 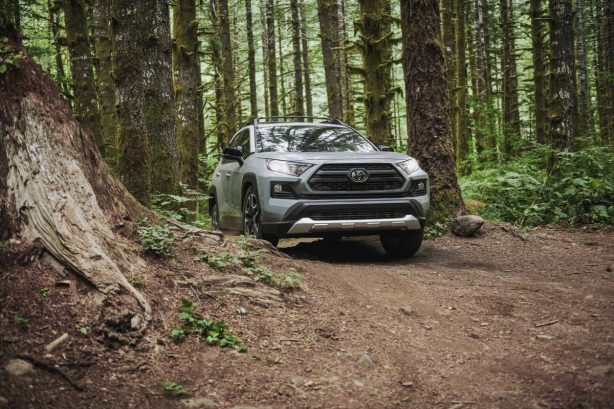