2019 Tesla Roadster rendered – will the real Roadster look this good? 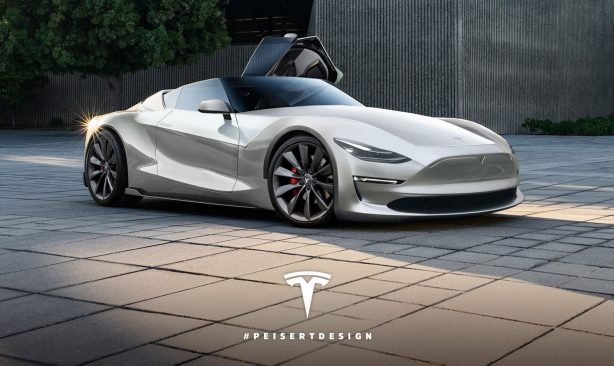 Elon Musk dropped hints recently that his company is working on a new Tesla Roadster that is set to dethrone the Model S as the fastest Tesla ever.

While the new model is more than a few years away, anything is possible in the virtual world and thanks to Jan Peisert of Peisert Design, we have been given a ‘preview’ of the Tesla Roadster.

The rendering is based on the Toyota FT-1 but with a Tesla nose crafted onto the front fascia. It also introduces “electric butterfly doors” for the wow factor befitting of a supercar.

As for the production car itself, the Roadster is said to be based on the upcoming Model 3, sharing many of its components and will arrive around 2019.

Along with the rendering, Jan has also released an interesting video below showing how the rendering was made.