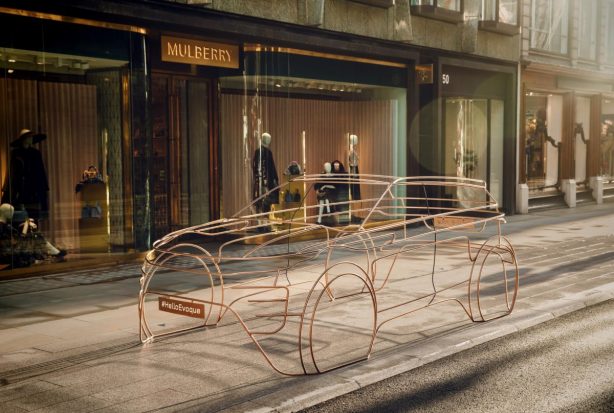 Land Rover has started its countdown to the world premiere of the new Range Rover Evoque with a fleet of wire form sculptures inspired by the new model. The full-scale artworks stopped pedestrians in their tracks at locations across London.

Four of the eye-catching sculptures were parked at exclusive addresses around Kensington and Chelsea, finished in distinctive shades of copper, red and blue.

The brightly-coloured installations were produced by the same Land Rover Design team responsible for shaping the new Evoque and embody the reductive design philosophy adopted by the brand’s latest models. 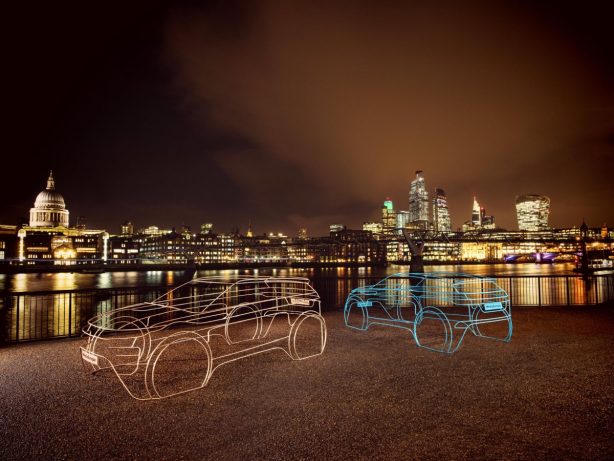 Underpinned by the latest version of Land Rover’s D8 architecture, the new Evoque is expected to share much design cues with the Velar, its bigger sibling. The wheelbase is said to have been extended by about 20 mm, which will in turn benefit passenger and cargo space.

The slow selling 3-door model is highly likely to be abolished, while a range of petrol and diesel powertrains are almost certain to find their way under the new bonnet. In addition, the new compact crossover is also likely to be offered with Land Rover’s new hybrid powertrain in the form of a 1.5-litre three-cylinder petrol engine matched to an electric motor with a 48V mild hybrid system.

The new Evoque will be officially revealed on 22 November, with sales to commence in early 2019.

Previous Next-gen Audi TT to sprout a set of rear doors, debuts by 2020
Next Aston Martin’s first SUV to be called the DBX