2019 Mazda3 hatch and sedan unveiled at the LA Auto Show 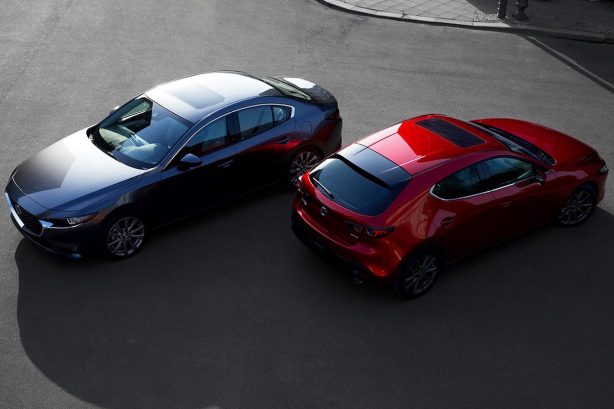 Mazda has finally lifted the covers on both sedan and hatchback forms of the next-generation Mazda3 at the Los Angeles Auto Show, with the new model debuting the company’s SkyActiv-X spark-controlled compression ignition engine.

Sporting a new platform and totally redesigned bodywork heavily inspired by the Kai concept shown in 2017, both the sedan and hatch variants are longer than the models they replace, while the hatch is also slightly narrower and taller. Little sheet metal is shared between the sedan and hatch, with only the windscreen and bonnet in common.

The radical redesigns incorporate an oversized front grille and narrow angular headlights, while the side profiles favour curves rather than stronger character lines to give the design depth. To highlight this, a new colour that accentuates the effect of light on the body – Polymetal Grey – will be introduced. 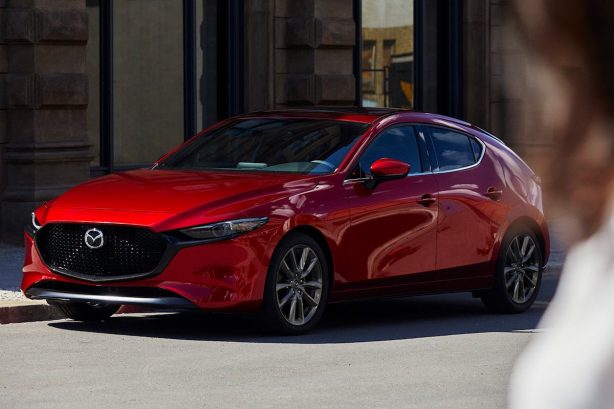 On the inside, the cabin design has been given a total overhaul, with the cockpit now more driver-focused than before. The dashboard design is also more linear and minimalist, with the HVAC controls and air vents now placed on one horizontal plane.

Additionally, cabin materials have been upgraded to create a more premium feel, including the introduction of a new interior upholstery colour, Greige – which is, as you may have guessed, a mix of grey and beige.

On the tech front, an 8.8-inch centre screen will be fitted as standard, while interaction between the MZD Connect infotainment system and its command controller has been improved. Additionally, a new driver monitoring system is included alongside the rest of Mazda’s active safety suite. 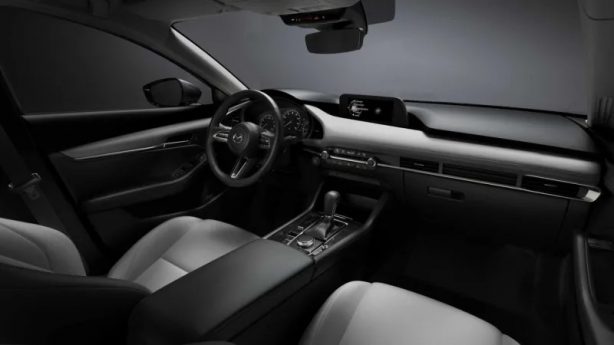 Both six-speed manual and automatic transmissions will be offered, although its unclear which variants will offer a manual box as yet, while certain markets will receive Mazda’s i-Activ all-wheel drive system. 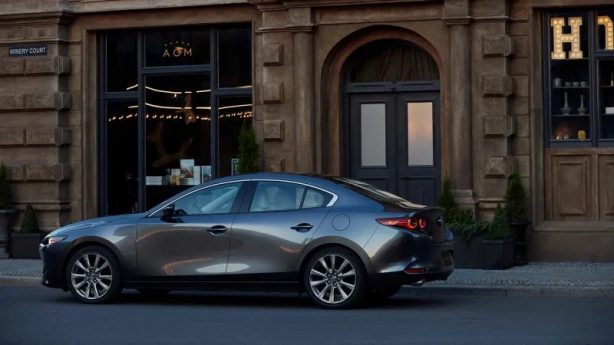 To improve the 3’s handling and passive safety qualities, ultra-high-tensile steel is now used in 30 per cent of the body shell. Curiously, however, Mazda has taken a potential backwards step by swapping out the rear multi-link suspension setup for a more simple torsion beam, so it remains to be seen what effect this will have on its ride and handling.

Currently, it is not yet confirmed which variants will be headed to Australia, although it has been confirmed that both sedan and hatch body styles will be available locally and that the SkyActiv-X engine will be available in higher-grade variants. Full details are set to emerge closer to the Mazda3’s Australian launch in mid-2019.