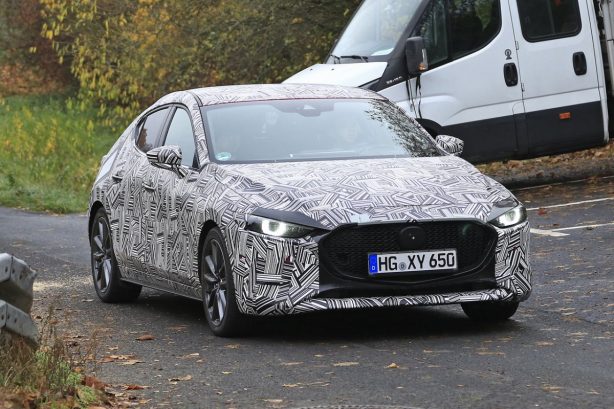 The next-generation Mazda3 hatchback has been spotted testing on the streets of Germany ahead of its global debut at the Los Angeles motor show later this month.

Heavily camouflaged, the new model can be seen opting a more mature interpretation of the brand’s Kodo design that embodies the essence of Japanese aesthetics.

From the spy photos, we can see the new hatch draws heavily from last year’s Kai Concept, which carries a more emotional design, along with a wider and lower stance.

Our friendly photographer has also managed to capture some shots of the new interior, which can be seen sporting a totally new design that borrows elements from the recently facelifted Mazda6. 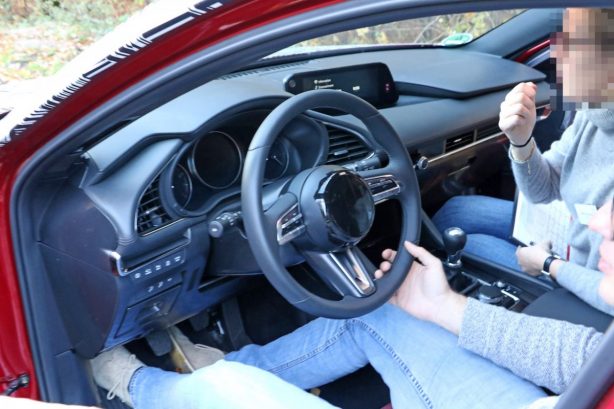 Unlike its main rival, the Toyota Corolla, Mazda will simultaneously unveil both the Mazda3 sedan and hatch to the world, which it says mark the beginning of a whole new generation of Mazda cars that will deliver new dimensions of driving pleasure to customers around the world.

According to the Japanese carmaker, the new 3’s fundamental performance attributes have been raised to a new level, thanks to its all-new, next-generation Skyactiv-Vehicle Architecture, which is said to be stronger and provide a better ride quality. 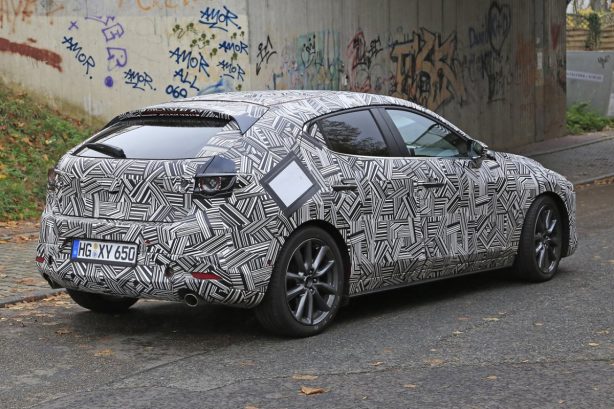 The new model will also feature the latest Skyactiv engines that promise to be more responsive in any driving situation.

While Mazda hasn’t released any details at this stage, one of the engines will be the SkyActiv-X petrol engine featuring Spark Controlled Compression Ignition. The 2.0-litre mill is expected to produce around 140kW of power and 230Nm of torque. 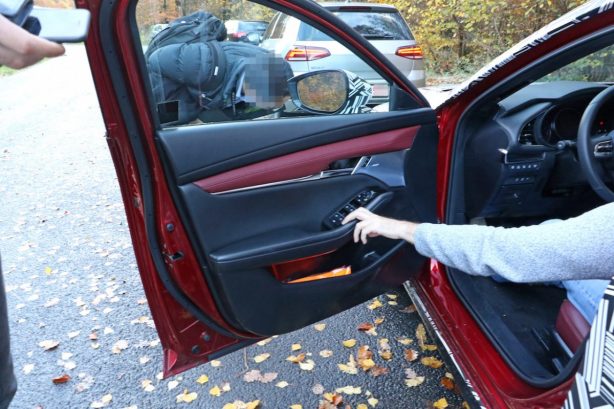