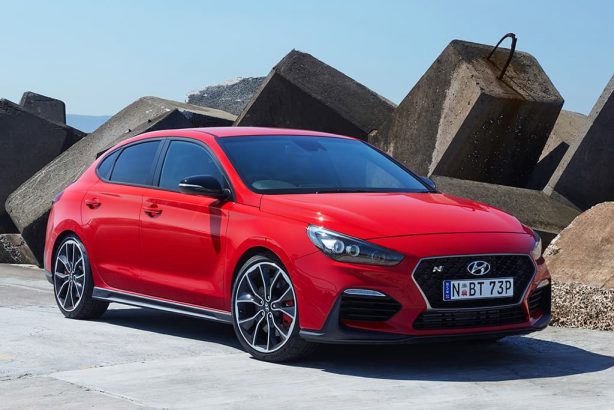 Hyundai Australia has announced pricing and specifications for the new liftback version of its i30 N hot hatch – dubbed the Fastback – which sports nearly identical specifications but commands a $1,500 premium.

Starting from $41,990, the i30 Fastback N’s most notable difference from the hatch is its swooping coupe-esque roofline and more sedan-like body, which sees a seven per cent reduction in drag over the hatch, allowing it to shave one-tenth of a second off its 0-100km/h time, taking it to 6.1 seconds.

The same 2.0-litre turbocharged four-cylinder engine in what is known as its ‘Performance’ guise in other markets comes as standard – as it does in the hatch – which delivers 202kW at 6,000rpm and 353Nm between 1,450-4,700rpm. However, an overboost function means that it can churn out as much as 378Nm for up to 18 seconds at full-throttle. 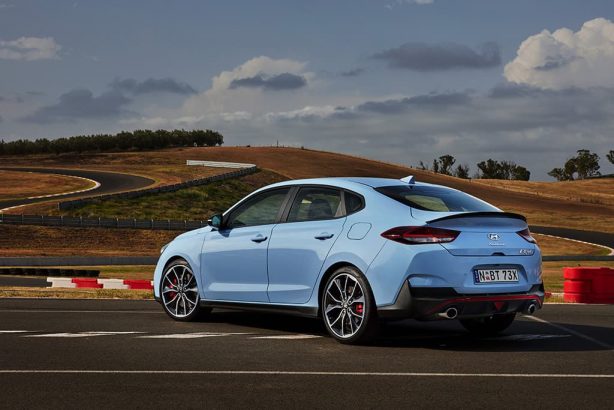 Power is sent to the front wheels through a six-speed manual gearbox exclusively for now, although a dual-clutch automatic has been on the cards for some time and is expected to land by the end of the year.

Different from the hatch, however, is a new chassis and suspension tune aimed at softening the on-road ride more to make it easier to live with. That said, this new suspension setup is planned to go into the hatch for the 2020 model year, so it’s only a point of difference for now.

As with the hatch, standard driver tech for the Fastback N includes launch control, auto rev-matching for the manual gearbox, adaptive dampers, an electronically-controlled limited-slip differential, an active exhaust system, and customisable drive modes. Active safety tech such as AEB, driver attention alert, and lane-keep assist are also all standard. 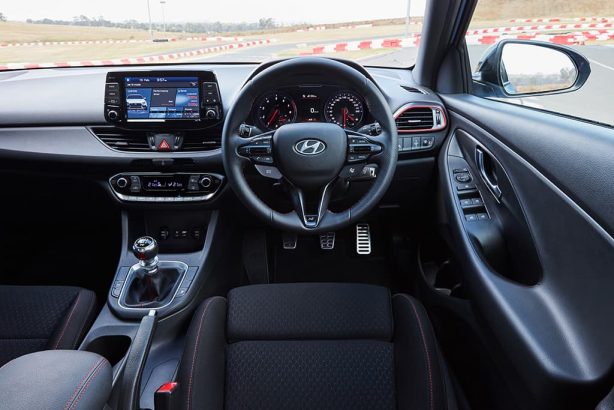 Further equipment can be added with the option of the Luxury Pack, which adds parking sensors, courtesy lights, automatic wipers, power-adjustable front seats with suede/leather upholstery, heated front seats and steering wheel, privacy glass, a wireless phone charging pad, an auto-dimming rear-view mirror, and keyless entry and push-button start – all for an extra $3,000 spend. Fork out another $2,000 and you can add a panoramic sunroof as well. 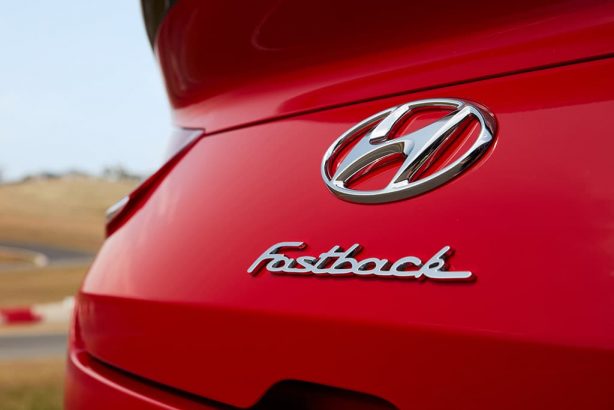 Covered by Hyundai’s standard five-year warranty with no mileage cap, it’s also warrantied for track use as well, with that coverage including the fitment of semi-slick track tyres.

Aside from the introduction of the Fastback, the now two-pronged i30 N line-up has also seen the price of the hatch raised by $500 for the 2019 model year.