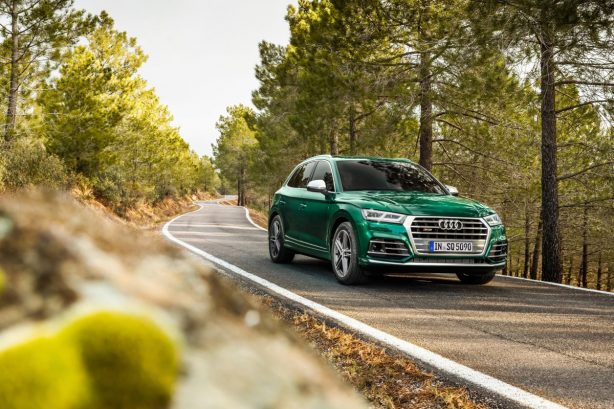 The second-generation Audi SQ5 TDI has made its global debut today, over a year after the petrol fueled SQ5 was unveiled.

With an improved 3.0-litre V6 turbo diesel powerplant, the SQ5 TDI generates 255kW of power and 700Nm of torque, a 5kW deficit over its petrol-powered twin but a significant 200Nm more torque, thanks to the new electric compressor that acts like a supercharger to drive the turbochargers at low revs when exhaust gas pressure is insufficient.

With minimal turbo lag, the SQ5 TDI is able to sprint from standstill to 100km/h in 5.1 seconds, 0.3 seconds quicker than its petrol counterpart. Fuel consumption for the diesel SQ5 is also thriftier at 6.6L/100km compared to 8.7L/100km for the petrol SQ5, thanks to the mild hybrid system which can recuperate energy during deceleration and allow for start/stop operation at a speed of up to 22km/h. 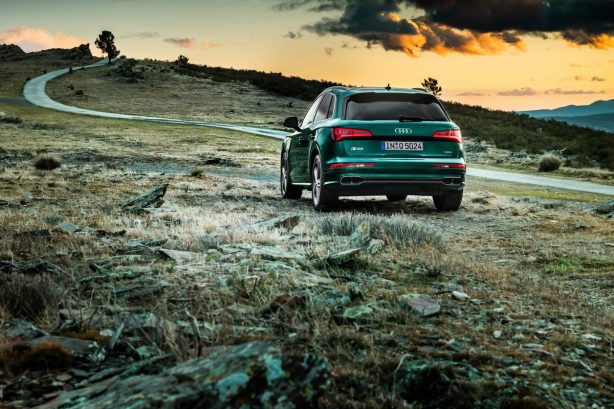 The eight-speed automatic has been tweaked for quicker and smoother gear changes. Its lower gears feature short, sporty ratios for optimum acceleration, while the upper gears are long to reduce revs and fuel consumption.

Like every S model from Audi, the new SQ5 TDI comes standard with quattro permanent all-wheel drive with torque vectoring. In normal driving conditions, its self-locking centre differential distributes torque between the front and rear axle in a 40:60 ratio. When slip is detected, the majority of the power is directed to the axle with the better traction. Depending on the driving situation, a maximum of 70 percent can flow to the front or 85 percent to the rear.

The 2019 Audi SQ5 TDI is expected to arrive in Australian showrooms in Q4 2019, with pricing and specification announced closer to local launch.