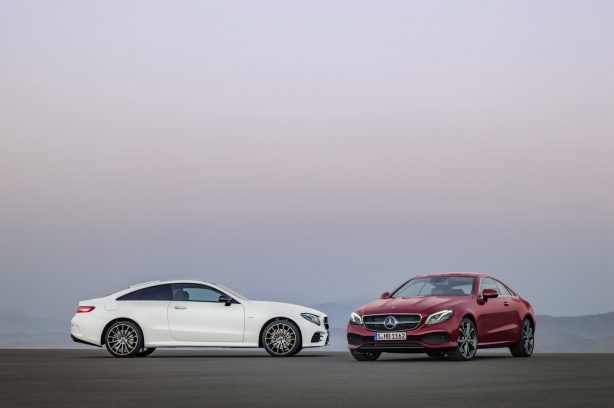 The all-new 2018 Mercedes-Benz E-Class Coupe has been revealed in all its glory before bowing in at the Detroit Auto Show in January 2017.

As seen previously in leaked images, the rakish new E-Class Coupe bears a strong family resemblance with its S-Class and C-Class siblings; so strong that you’d be hard pressed to tell it from the C-Class Coupe if you weren’t paying attention. 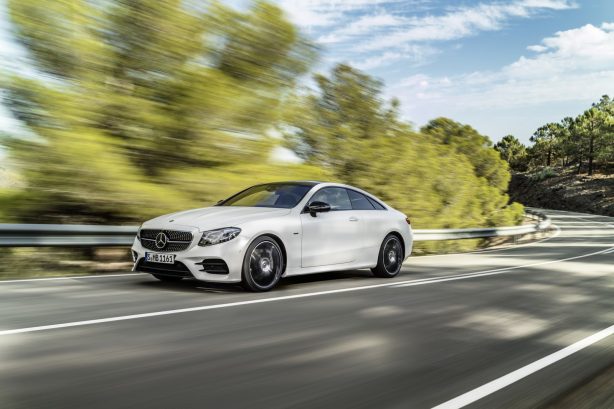 Its in the finer details that the E-Class Coupe is set apart from its lesser siblings, such as the third side window, dual power domes on the bonnet, softer character line down its flanks and slimmer and longer taillights.

Inside however, there’s no mistaking it’s the more expensive model with the dashboard carried wholesale from the E-Class sedan, including the availability of the twin 12.3-inch displays for the instruments and infotainment system. 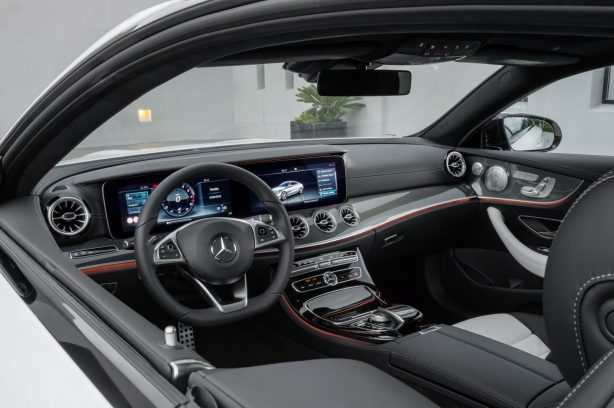 Measuring 4,826mm in length, 1,860mm in width, 1,430mm in height and a 2,873mm wheelbase, the latest E-Class Coupe is larger in all directions compared to its predecessor, offering more space for all passengers. 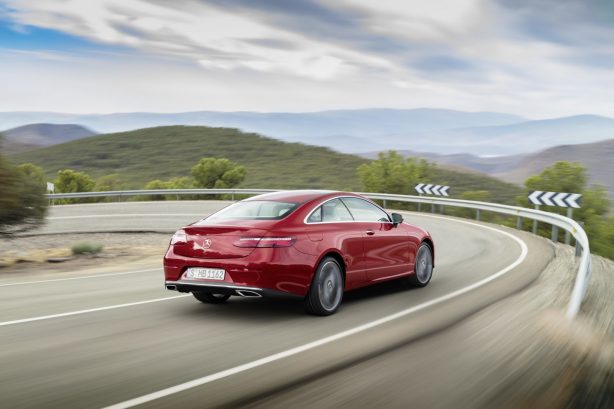 All variants are married with a 9G-TRONIC nine-speed automatic transmission.

More models will be added down the line, including the AMG-tweaked AMG 50 featuring Mercedes’ new straight-six engine with around 298kW, along with the full fat E63 AMG with the brand’s twin-turbo V8 churning out up to 420kW. 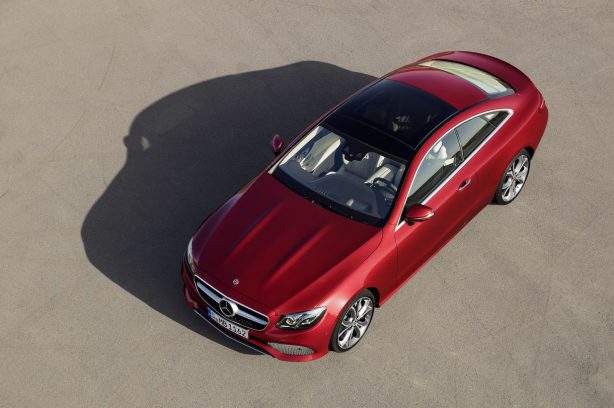 Like the E-Class sedan, there will be a comprehensive list of standard and optional equipment. The base E-Class Coupe will feature a steel-sprung Direct Control suspension set up that drops ride height by 15mm compared to the sedan. Dynamic Body Control with adjustable damping and Air Body Control with multi-chamber air springs will also be offered.

Expect the 2018 Mercedes-Benz E-Class Coupe to reach Australian shores in the second half of next year.