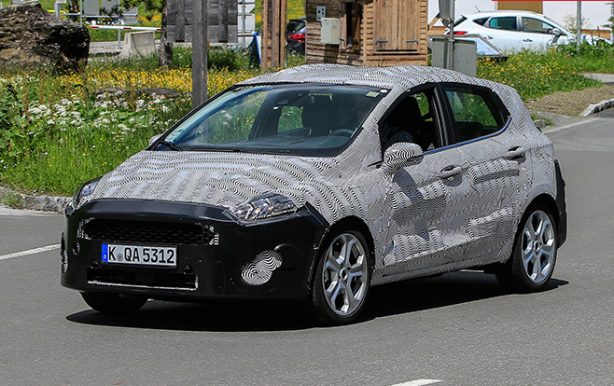 Even though the car is hiding under a thick layer of disguise, it isn’t hard to see it is the hot ST variant, with its aggressive front fascia and dual exhaust tips. The low-profile tyres and ground-hugging stance is also a dead giveaway.

This is good news as it means the ST will be introduced at around the same time or not long after the regular Fiesta hatch, which is expected to debut sometime in 2017. 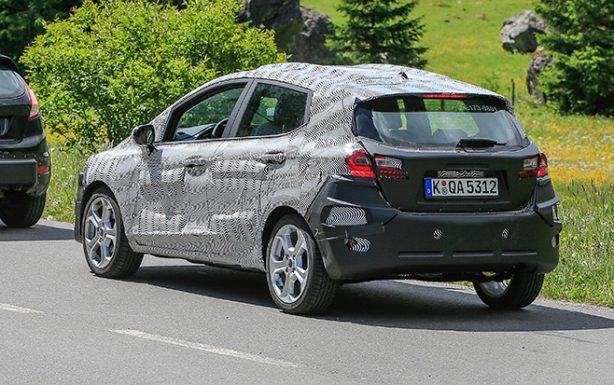 Compared to the current-generation, the new Fiesta is expected to grow in proportions. Let’s hope it won’t come with the associated weight penalty.

It is unclear at this stage what lurks underneath the ST’s bonnet, but we can safely assume it will be more powerful and efficient. A range-topping RS version is also a possibility as Ford said towards the end of 2014 that it intends to launch more than 12 performance model by the end of the decade.

Have spy pics of your own? We’d love to see them. Email them to admin@forcegt.com.au