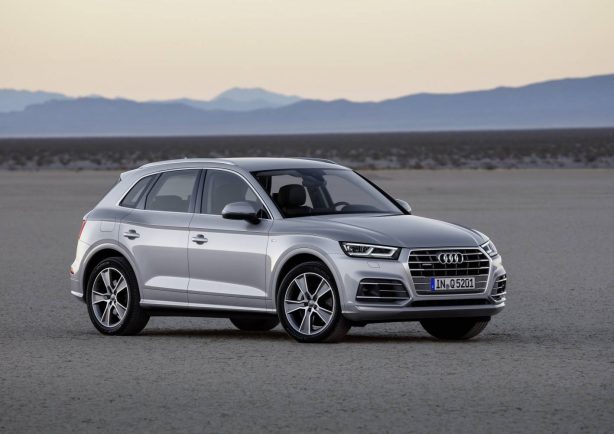 The all-new second generation Audi Q5 will arrive into Australia late June this year with a four tier range spearheaded by the Q5 2.0 TDI Quattro Design from $65,900 plus on-road costs, a hike of $2300 over the outgoing base variant.

Expected to be the most popular model, the Q5 2.0 TDI Quattro Sport comes in at $70,700 (+$2700), followed by the new petrol-powered Q5 2.0 TFSI Quattro Sport variant at $73,500. The range-topping SQ5 performance halo will join the range about a month after the other variants, though its pricing is yet to be revealed.

Since launching in Australia in early 2009, the Q5 has been the best-selling mid size premium SUV in the country until 2016, when it lost the top spot to the Mercedes-Benz GLC.

Taking a sportier and tauter approach to design, the new Q5 is set to continue its predecessor’s success with a vastly improved interior and more efficient drivetrain. The 2.0-litre four-cylinder turbo-diesel engine in the TDI variants deliver 140kW and 400Nm between 1750 and 3000rpm, identical to the outgoing model but with fuel economy trimmed from 6.1L/100km to 5.3L/100km.

With the SQ5, Audi has opted to move away from the supercharged engine (international model) as used in the first generation SQ5 towards a turbocharged unit. Still a V6 the new engine pumps out 260kW and 500Nm of torque, good for a 0-100km/h sprint time of 5.4 seconds.

All models get eight-speed S tronic automatic transmission claimed to be smoother and faster. 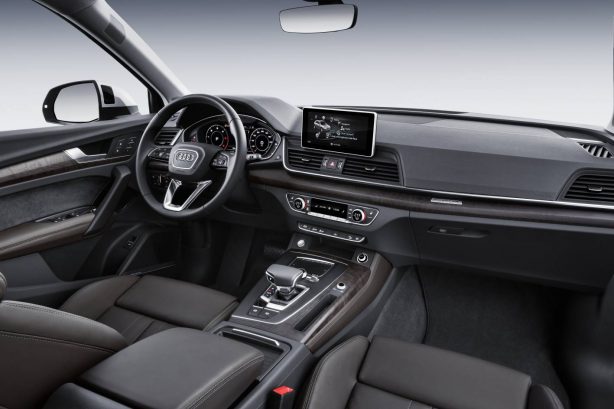 Visually, the crossover boasts the brand’s now familiar flared singleframe grille flanked by edgier headlights at the front. Distinctively curved and sharper shoulder line at the side convey a more muscular stance, while the rear is similarly more angular.

At 4.66 metres long, 1.89 metres wide and 1.66 metres tall with a 2.82 metre wheelbase, the new Q5 has grown in nearly all of its dimensions compared to the previous model. Despite the grown in size, the new SUV is up to 90kg lighter than its predecessor thanks to extensive use of aluminium and high tensile strength steel in its body.

Inside, the new Q5 is said to offer more space, with cargo capacity grown by 10 litres to 610 litres. With the rear bench folded down, this volume expands to 1,550 litres.

Audi’s brilliant Virtual Cockpit makes its debut in the Q5, dispensing driving information through a high-resolution 12.3-inch screen in place of a conventional instrumentation cluster. Apple CarPlay and Android Auto smartphone integration have also been incorporated in the new Q5.

Previous Is this the C8 Corvette headed to Holden showrooms in 2019?
Next BBR turbocharges Mazda MX-5 to 184kW